The launch includes a limited-time promotion through Sept. 9 allowing new and existing registered Movies Anywhere users to choose a complimentary digital movie to add to their collection when they connect any digital retailer to their Movies Anywhere library for the first time. Users will get their choice of one Warner Bros. digital movie from five available in up to 4K resolution:  The Lego Movie 2: The Second Part, Smallfoot, The Meg, The Matrix and Crazy Rich Asians.

“With consumers spending more time at home, Movies Anywhere will be a welcome addition for our DirecTV subscribers,” Tim Gibson, VP of video and application marketing for AT&T Communications, said in a statement. “Along with the limited-time offer for a complimentary digital film, we hope this makes it even easier for customers to enjoy a night-in at the movies.”

“We are thrilled to be able to expand our availability within the pay-TV ecosystem with the addition of another one of the nation’s largest providers,” Karin Gilford, Movies Anywhere GM, said in a statement. “We know DirecTV subscribers are passionate about movies and will benefit from Movies Anywhere’s ability to bring their favorite movies together. Now, they can access their collection across a multitude of devices using the Movies Anywhere app or the DirecTV platform, regardless of where they initially purchased or redeemed.” 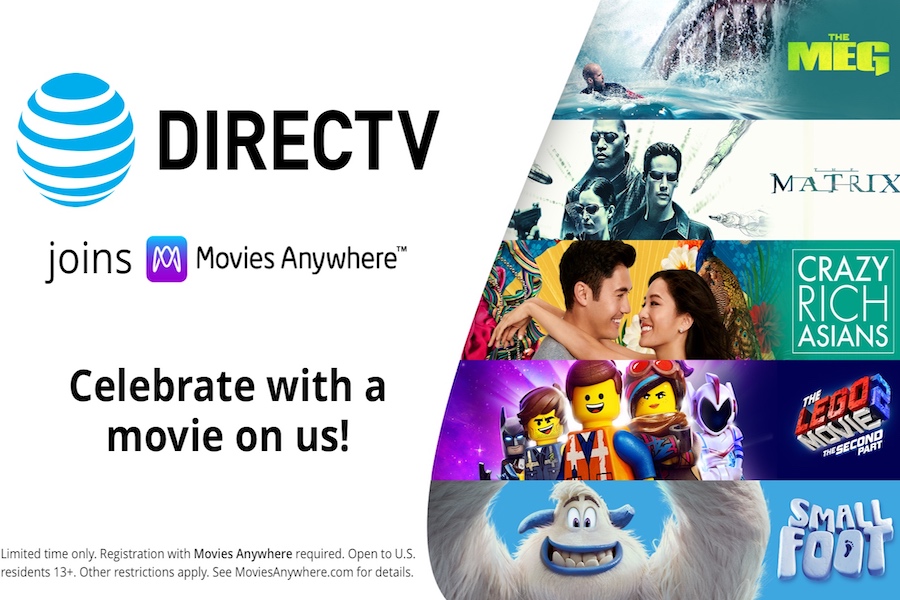