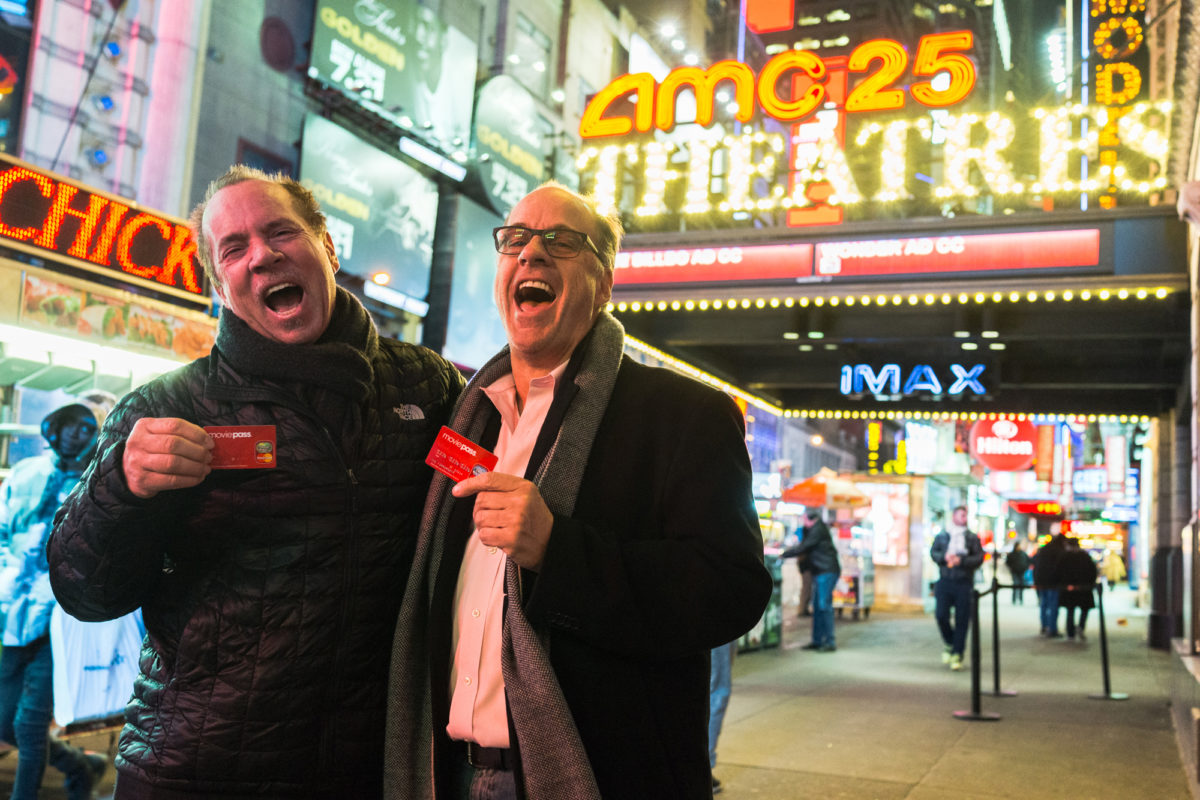 Fiscally challenged MoviePass caught a break when it ditched a planned price hike and instituted a limit on the number of theatrical movies subscribers could see in a month.

The new rule limiting the service’s 3 million subs to three screenings (instead of daily access) should go far staunching the reported $45 million monthly cash burn that has sent investors fleeing and left analysts scratching their heads.

But is it enough? Shares of MoviePass corporate parent Helios and Matheson Analytics are trading around 9 cents per share. The stock has become a day-trader’s punching bag with more than 460 million shares trading hands Aug. 6.

Throughout it all MoviePass CEO Mitch Lowe and HMNY CEO Ted Farnsworth have maintained high profiles in corporate and fiscal mismanagement.

Lowe, the former Netflix executive and Redbox boss, has a reputation as an industry visionary/disruptor. Following HMNY’s 92% acquisition stake in MoviePass last August (the service was founded in 2011 by African American businessmen Stacey Spikes and Hamet Watt), Farnsworth and Lowe slashed the $50 monthly fee to $9.95 and went on the PR offensive.

Consumers noticed, and the subscriber base ballooned from 20,000 to 600,000, and then 1 million as the concept of essentially watching a theatrical movie for free 30 out 31 days caught fire.

Lowe and Farnsworth predicted MoviePass would hit 5 million subs by the end of the year and be profitable. At the same time, the duo got cocky.

Lowe and Farnsworth hyped MoviePass’ user data, and what it could mean to marketers. And that’s when things veered off the rails.

As first reported in March by Stephanie Prange at Media Play News, Lowe, speaking at an industry event, bragged the service knew a lot of details about its subscribers.

“We know all about you,” Lowe said at the self-serving keynote, “Data is the New Oil: How Will MoviePass Monetize It?”

The reaction was swift. Like an exploding Orwellian timebomb, media pundits, including social, jumped all over Lowe’s bravado, forcing the executive to clarify his comments. MoviePass quickly hired a VP of customer service to assuage any subscriber concerns.

That didn’t stop Farnsworth from perpetuating the service’s data prowess – at the same time MoviePass continued to hemorrhage money.

Actually, studios and exhibitors know a lot about their customers, according to Adam Aron, CEO of AMC Theatres, the nation’s largest movie theater chain – and major beneficiary of MoviePass paying face value for every ticket redeemed by subscribers (see photo above).

“What gives us confidence that $20 [subscription fee] is the right level for AMC is, it was more than double what anybody else [i.e. MoviePass] was charging,” said Aron.

With his back against the wall, and HMNY’s stock about to be de-listed, Lowe admits management made mistakes.

“I should have accelerated the process of reducing the burn faster in hindsight,” Lowe told The Wall Street Journal. “We’ve been whipsawing people back and forth. I think we’ve got it now.”

Wishful thinking, as more than 302 million HMNY shares traded hands Aug. 7, with the stock falling to 7 cents per share.