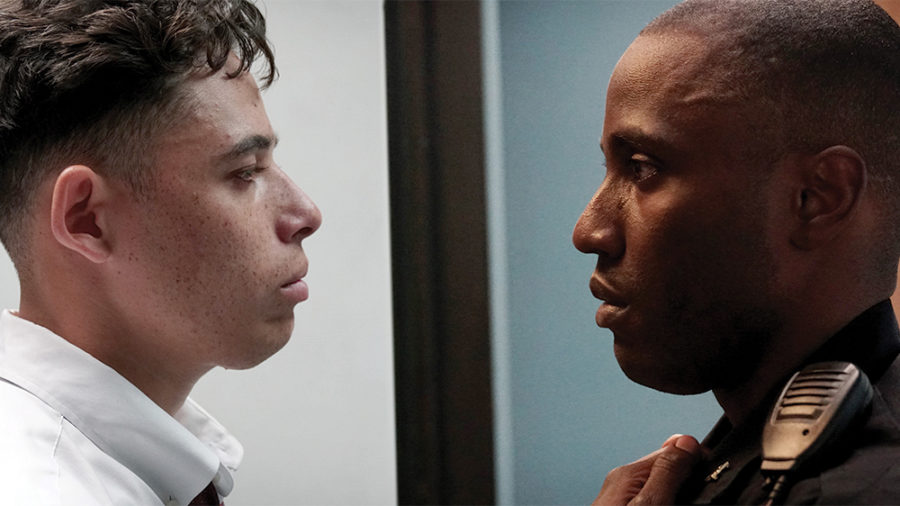 Anthony Ramos and John David Washington in "Monsters and Men"