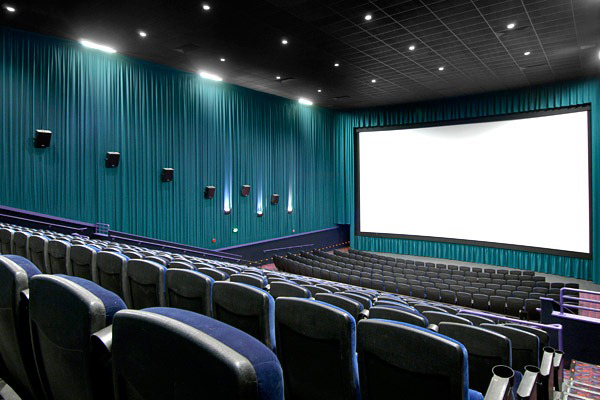 It’s a populist concept that gives subscribers daily access to a non-premium screening for $9.95 monthly fee. To date, the service has attracted more than 2 million subscribers — and plenty of controversy.

Since the service pays exhibitors full value for each ticket used by MoviePass subs, the business model is predicated upon users going to movies infrequently — and/or extracting revenue-sharing for tickets and concessions from exhibitors.

Ted Farnsworth, CEO of corporate parent Helios and Matheson Analytics, hasn’t been shy touting MoviePass’ industry-disrupting mojo, including data on sub activity before, during and after watching a movie.

“100 percent our business is viable — we have studios and distributors paying us right now. What I saw from day one is that whoever controls the theatre really controls all the other revenues,” Farnsworth told Benzinga.com.

Farnsworth contends the service will account for 15% of the domestic box office when it reaches 5 million subs.

“We are like the Airbnb of the theater business; we are selling as many tickets as the No. 4 theater chain in America on a monthly basis and we have no bricks and mortar, no infrastructure,” he said.

That’s the thing, MoviePass isn’t really like Airbnb at all. It doesn’t control the theater, exhibitors do. And unless it acquires a theatrical chain, it is far from the industry gatekeeper Farnsworth believe it is — no matter how many film festivals it sponsors.

In fact, MoviePass is less of threat than Premium VOD, the business model studios (except Disney) envisioned enabling users to access theatrical titles day-and-date with exhibitors or within the initial 17-day theatrical window.

“That should be a relief to many of you,” Aron said on the fiscal call.

He said PVOD could only happen if “our shareholders’ interests” were fully compensated. AMC is looking at PVOD alternatives with studios to grow the fiscal pie for all parties involved.

It’s an opinion Aron shares about MoviePass, contending the subscription model is a “great concept” — depending upon who controls it.

“They paid us approximately $11.90 per ticket, which means that MoviePass paid us in excess of $32 per sub that showed up at an AMC theater where they were charging [that sub] $9.95 a month. We don’t see how those numbers add up,” he said.

Aron disputes the value of moviegoer data MoviePass collects as leverage with exhibitors. He said the AMC Stubs membership program has 12.5 million households, or more than 32 million consumers, including extensive movie-going expenditures.

“We market to those people approximately 75 times a year, one-and-a-half times a week,” Aron said.

Michael Pachter, media analyst at Wedbush Securities in Los Angeles, says two or more visits per month on average would drive significant losses for MoviePass. He says the service is seeking a $3 cut per ticket, in addition to 25% of concessions.

Pachter contends MoviePass will continue to block subscriber entrance at higher-priced exhibitors — including blocking select movies outright — to save money. It will also have to raise the monthly price once it nears its projected 5 million sub count.

“Attendance at these rates in January indicates to us that these subscriber rates are ultimately unsustainable,” Pachter wrote in a note.