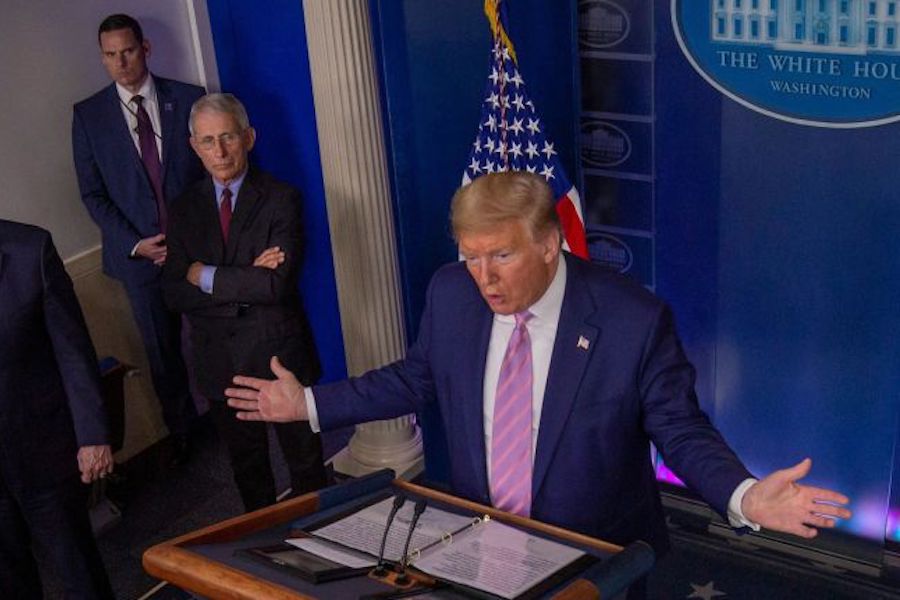 There could be light at the end of the tunnel for movie theaters and large venue events.

President Trump April 16 unveiled a three-part plan that would enable individual states and local government to re-open businesses, events and gatherings at their preference in accordance with following strict healthcare and social distancing mandates.

Notable in Phase One of Trump’s campaign-themed “Guidelines for Opening Up America Again” are movie theaters and sporting events, the latter reportedly a special interest to the president.

The plan, which would require states to showcase downward trajectories of influenza-like illnesses and COVID-19 documented cases within a 14-day period, would then enable employers offering “large venues,” such as sit-down dining, movie theaters, sporting venues, and places of worship, the right to operate under strict physical distancing protocols.

Second and third phases of the White House plan, which like the first phase have no timelines, include schools re-opening, group gatherings of 50 or more people, non-essential travel and “moderate physical distancing” protocols.

Many states have suspended non-essential business and group gatherings through the end of April. Trump has said he would like to see parts of the country back to work beginning in May.

“These steps will help state and local officials when reopening their economies, getting people back to work, and continuing to protect American lives,” the White House said in a statement.

Wedbush Securites media analyst Michael Pachter believes theater chains such as Cinemark, AMC and others can be profitable operating at just 20% to 30% capacity (due to social distancing) provided fixed costs such as rent and film costs are renegotiated. The analyst also believes exhibitors will lose more than $2 billion for the year following a return to reduced operations.

“This could [still] be a significant positive as the exhibitors’ ability to weather the closures depends to varying degrees on the flexibility of landlords,” Pachter wrote in a note.

The White House stressed that for states to authorize a return to business as usual (in a pandemic) would require across-the-board testing and contact tracing of COVID-19; adequate healthcare system capacity; and plans in place to safeguard the health and safety of workers in critical industries and those living and working in high-risk facilities (e.g., senior care facilities); protections for employees and users of mass transit; and advising citizens on protocols for social distancing and face coverings.

The guidelines are not insignificant considering there continues to be widespread shortages of COVID-19 tests, face masks and protective equipment for healthcare workers.

States would have to prove they could adequately monitor conditions and be able to “immediately take steps” to limit and mitigate any rebounds or virus outbreaks by restarting a phase or returning to an earlier phase, depending on severity of the situation.

Indeed, Trump’s plan to re-open America comes on the day domestic deaths attributed to coronavirus topped 32,000 and infections approached 700,000, according to new data from Johns Hopkins University. Nearly a third of the country’s virus-related deaths have happened in New York City.

The White House stressed that states and local officials might need to tailor the application of these criteria to local circumstances (e.g., metropolitan areas that have suffered severe COVID outbreaks, rural and suburban areas where outbreaks have not occurred or have been mild).

Additionally, the White House said state governors should work on a regional basis to satisfy the aforementioned criteria and to progress through the separate phases.