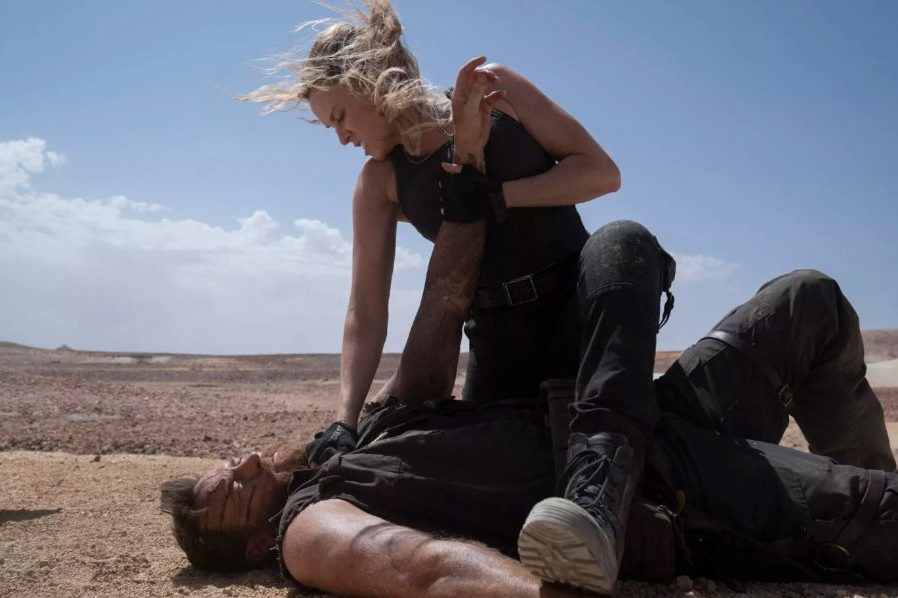 July 13 sees the DVD and Blu-ray Disc releases of Warner Bros. Home Entertainment’s Mortal Kombat and Wrath of Man, in addition to Paramount’s The SpongeBob Movie: Sponge on the Run, while Paramount’s A Quiet Place Part II becomes available for digital purchase. 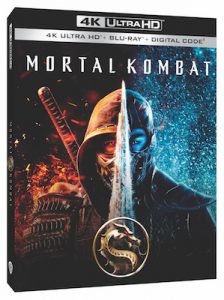 The action film Mortal Kombat arrives on 4K Ultra HD, Blu-ray Combo Pack and DVD. The latest adaptation of the classic video game earned $42.2 million at the domestic box office and was available for streaming concurrently on HBO Max.

The revenge heist film Wrath of Man comes to DVD and Blu-ray July 13. Director Guy Ritchie teams up with Jason Statham for the fourth time in this story about a mysterious security guard for an armored truck company who is out to settle a score with a band of thieves. It earned $27.4 million at the domestic box office. 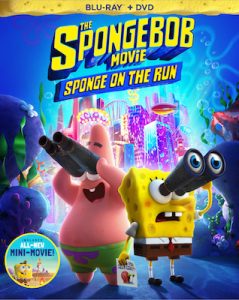 The animated The SpongeBob Movie: Sponge on the Run arrives on Blu-ray and DVD July 13  In the CGI-animated adventure with live-action elements, SpongeBob’s beloved pet snail Gary goes missing in a plot hatched by Plankton to get the Krabby Patty recipe, and he and his friend Patrick head to the Lost City of Atlantic City to retrieve him. The film features appearances by Keanu Reeves and Snoop Dogg, among others. The film was originally released as a premium VOD rental March 4 and also to Paramount+ streaming subscribers. It earned $4.8 million in a limited U.S. theatrical run.

Warner Bros. Home Entertainment July 13 releases A Cinderella Story: Starstruck on DVD. It was released two weeks earlier via digital channels. The new musical film is set in Dreary, Idaho, where small-town farmgirl Finley (Bailee Madison) longs to spread her wings and soar as an aspiring performer. When a Hollywood film crew arrives in her sleepy town, she is determined to land a role in the production and capture the attention of handsome lead actor Jackson Stone (Evans Behling). Unfortunately, a botched audition forces her to change course. Now, disguised as cowboy “Huck,” Finley finally gets her big break, but has to keep the charade a secret from her evil stepmother (April Telek) and devious step-siblings (Lillian Doucet-Roche and Richard Harmon). This is the sixth installment in the “A Cinderella Story“ franchise, a series of standalone films that put a twist on the classic “Cinderella” formula.

Shout! Factory has a number of big new releases July 13, including IFC Films’ The Night and No Man’s Land. With the psychological thriller The Night, director Kourosh Ahari made history for being the first U.S.-produced film to receive a license for theatrical release in Iran since the revolution. The Night is the story of how, after a night out with friends, an exhausted married couple, Babak (Shahab Hosseini) and Neda (Niousha Noor), and their baby take shelter in the grand but eerie Hotel Normandie. Throughout a seemingly endless night, mysterious disturbances ruin their rest as Babak and Neda soon realize they’re locked in with a malevolent force that hungers for the dark secrets they’ve kept from one another.

In the Western No Man’s Land, two families collide on a Texas ranch that shares a border with Mexico. While out on a border patrol, a rancher’s son named Jackson Greer (Jake Allyn) accidentally kills a Mexican immigrant boy. When his father tries taking the blame, Jackson flees south on horseback, becoming a gringo “illegal alien” in Mexico. Pursued by both Texas Rangers and Mexican federales, he journeys across Mexico to seek forgiveness from the dead boy’s father … only to fall in love with the land he was taught to hate. The cast includes Frank Grillo, Andie McDowell and George Lopez.

Meanwhile, Shout! Factory’s horror imprint, Scream Factory, releases its collector’s edition Blu-ray Disc of 2005’s House of Wax. A loose remake of the 1953 Vincent Price film of the same name, House of Wax stars Elisha Cuthbert, Chad Michael Murray, Brian Van Holt, Paris Hilton, Jared Padalecki, Jon Abrahams and Robert Ri’chard. When their car breaks down on a road trip, six college friends are sidetracked into an eerie backwoods town. Curiosity gets the better of them when they are intrigued by its macabre House of Wax. They soon find out that the town is not what it seems, and that they must find their way out before they fall victim to its ghoulishly inventive killers.

Another big July 13 catalog release is Sony Pictures’ Snatch on 4K Ultra HD Blu-ray. The comedy from director Guy Ritchie delivers a story about a diamond heist gone wrong, a colorful Irish gypsy-turned-prizefighter — and a very temperamental dog. In the heart of gangland, two novice unlicensed boxing promoters, Turkish (Jason Statham) and Tommy (Stephen Graham), get roped into a rigged bare-knuckle fight with local kingpin/villain and fellow boxing promoter Brick Top (Alan Ford). But all goes wrong when wild-card Irish gypsy boxer One Punch Mickey O’Neil (Brad Pitt) starts playing by his own rules, and the duo find themselves heading for a whole lot of trouble. Meanwhile, Franky Four Fingers (Benicio Del Toro) and his stolen 86-carat diamond have gone missing in London. Head honcho Avi (Dennis Farina) hires local legend Bullet Tooth Tony (Vinnie Jones) to find them, launching everyone into a spiral of double-crossing vendettas and events, most of them illegal. The 4K release includes a new Dolby Atmos soundtrack.

The Paramount Presents line July 13 releases a new Blu-ray edition of director Cameron Crowe’s 2000 coming-of-age film Almost Famous. It also arrives for the first time on 4K Ultra HD in a limited-edition Steelbook. Almost Famous is the semi-autobiographical odyssey of 15-year-old William Miller (Patrick Fugit), whose writing talent and earnest passion for rock music earns him an assignment for Rolling Stone, interviewing and touring with Stillwater (Billy Crudup, Jason Lee). Penny Lane (Kate Hudson) is the young groupie who guides him through the wild world of rock heroes, all-night parties, and the most dangerous experience of all — love.  The film won the Golden Globe for Best Motion Picture — Comedy or Musical and the AFI Award for Movie of the Year and received dozens of additional nominations and awards.

On the digital front, the thriller sequel A Quiet Place Part II becomes available for electronic sellthrough July 13 in advance of its July 27 release on Blu-ray Disc, DVD and 4K Ultra HD Blu-ray from Paramount. In the sequel, written and directed by John Krasinski, following the deadly events at home, the Abbott family (Emily Blunt, Millicent Simmonds, Noah Jupe) must now face the terrors of the outside world as they continue their fight for survival in silence. Forced to venture into the unknown, they quickly realize that the creatures that hunt by sound are not the only threats that lurk beyond the sand path. The film earned $150.8 million at the domestic box office.

The latest “Saw” franchise entrant, Spiral: From the Book of Saw, arrives on digital July 13 from Lionsgate and Twisted Pictures. In the latest installment of the horror franchise, a criminal mastermind unleashes a twisted form of justice. Working in the shadow of his father, an esteemed police veteran (Samuel L. Jackson), brash Detective Ezekiel “Zeke” Banks (Chris Rock) and his rookie partner (Max Minghella) take charge of a grisly investigation into murders that are eerily reminiscent of the city’s gruesome past. Unwittingly entrapped in a deepening mystery, Zeke finds himself at the center of the killer’s morbid game. It arrives on 4K Ultra HD combo pack (plus Blu-ray and digital), Blu-ray combo pack (plus DVD and digital), DVD and on demand July 20.

Independent film distributor Indican Pictures is bringing the Japanese horror-comedy Ghost Master home via on demand platforms. A DVD release will follow on an as-yet-undermined date.