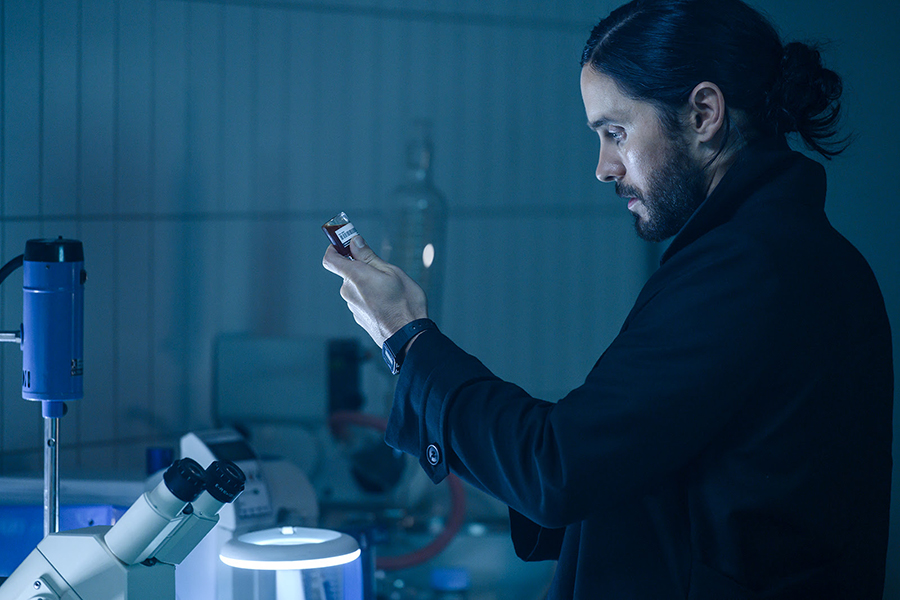 Sony Pictures’ comics-based Morbius returned to the top of the chart of the 10 most-popular films on Fandango’s transactional digital service Vudu the week ended June 19.

Newly available to rent, Morbius is also available for digital purchase. The Marvel comics-based film stars Jared Leto as the enigmatic superhero Michael Morbius. Dangerously ill with a rare blood disorder and determined to save others from suffering the same fate, Dr. Morbius attempts a cure that unleashes a darkness inside him.

Also returning to the chart at No. 2 was Sony Pictures’ Uncharted, available for digital rental and on sale for digital purchase. The action adventure follows street-smart thief Nathan Drake (Tom Holland), who is recruited by seasoned treasure hunger Victor “Sully” Sullivan (Mark Wahlberg) to recover a fortune lost by Ferdinand Magellan 500 years ago.

Rising from No. 4 to No. 3 on the chart was DreamWorks Animation’s caper comedy The Bad Guys, available for premium digital purchase and rental. Distributed by Universal, the animated adventure follows reformed but misunderstood criminal animals who attempt to become good.

Rising from No. 8 to No. 4 on the chart was the DC Comics-based The Batman, available for digital rental and on sale for digital purchase. The superhero actioner stars Robert Pattinson as the caped crusader, who after more than a year of stalking the streets and striking fear into the hearts of criminals, dives deep into the shadows of Gotham City.

The A24 hit Everything Everywhere All at Once, available for digital purchase, fell from the top spot to No. 5 on the chart. The film stars Michelle Yeoh as Evelyn Wang, a flustered immigrant mother who is contacted from a parallel universe and told that only she can save the world. The unlikely hero must learn to channel her newfound powers and fight through the splintering timelines of the multiverse to save her home, her family and herself.

Vudu’s top 10 titles for the week ended June 19, in terms of revenue, were: