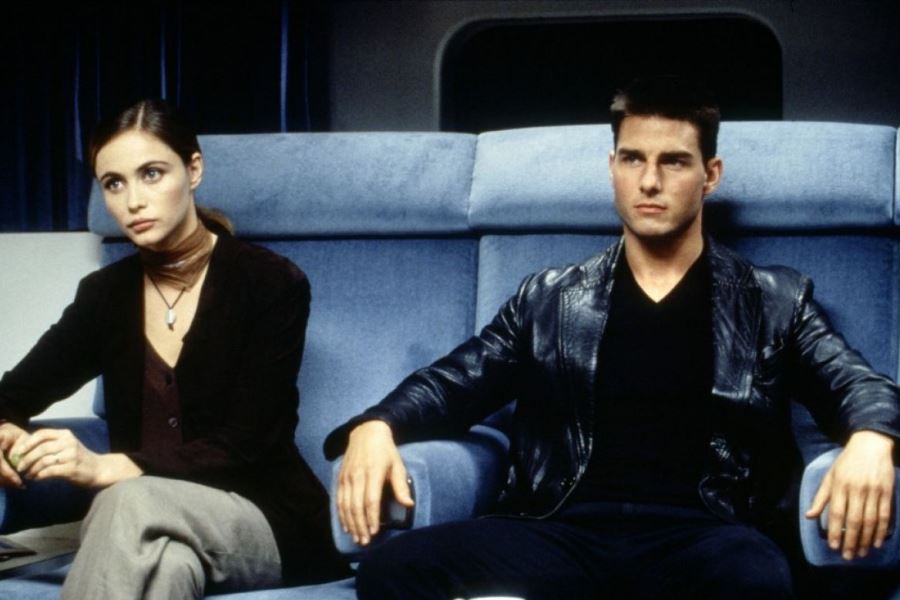 Paramount Home Entertainment is releasing a newly remastered collector’s edition Blu-ray Disc of Mission: Impossible on May 18 for its 25th anniversary. 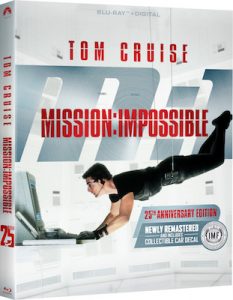 Originally released on May 22, 1996, the action film stars Tom Cruise in his debut as IMF agent Ethan Hunt. The franchise is now filming a seventh installment.

In the film inspired by the TV show, framed for the deaths of his espionage team, top-secret agent Ethan Hunt (Cruise) is fleeing from government assassins. He breaks into the CIA’s most impenetrable vault and clings to the roof of a speeding bullet train in a race to stay one step ahead of his pursuers and draw one step closer to discovering the shocking truth.

Directed by Brian De Palma (The Untouchables), with a screenplay by David Koepp (Jurassic Park) and Robert Towne (Chinatown), the film will also return to select theaters for a limited run in May through Fathom Events and Paramount Pictures. Details about the theatrical run will be announced in April.