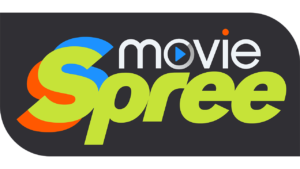 NASA – A Journey Through Space
On May 25, 1961, President John F. Kennedy pledged to send astronauts to the moon before the end of the decade. Eight years later, on July 20, 1969, Apollo commander Neil Armstrong stepped out of the lunar module and made a giant leap for mankind – a step that symbolized one of the most remarkable feats in human history.

From that moment on, the exploration of our universe has achieved unimaginable feats with hundreds of missions stretching light years into the distant galaxy. This exciting documentary series takes you on the incredible journey of the past, present and future of NASA that shaped the 20th Century and will boldly go further in the 21st Century and beyond!

This documentary carefully explains the major issues that America faced during this generally unpopular war. Despite a few negative elements related to the world of war, Robert Hartsock’s story is a shining example of courage and resolve in the face of certain defeat.

Ann Rule Presents: The Stranger Beside Me – The Ted Bundy Story

Ann Rule (Emmy and Golden Globe winner Barbara Hershey, Beaches) is an ex-cop working the suicide hotlines in Seattle. To make ends meet, she indulges in another obsession — writing true-crime stories. She has a daughter, a fulfilling life, and a good friend in a man named Ted Bundy (Golden Globe nominee Billy Campbell, Once and Again), a handsome and intelligent charmer who’s just been accepted into law school in Utah.

What’s captivating Ann’s attention now is a string of brutal murders—missing-women cases that have stretched from Utah to Seattle. It’s being called the most intriguing unsolved series of crimes since Jack the Ripper and she’s been offered the chance to turn her articles into a book. But the more she digs and uncovers, a dreadful and unavoidable truth is staring her directly in the face – her friend Ted.

Picasso Trigger
When agent Picasso Trigger is killed by arch-criminal Miguel Ortiz, the Agency decides to send a trio of female agents out with the task of bringing Ortiz down. Our agents must use all of their skills, specialized weaponry and their physical attributes in order to track down Trigger’s killer.

Savage Beach
Two female government agents transporting a vaccine are forced to land their plane on a remote island that houses more than palm trees and sandy beaches. A sunken WWII Japanese ship containing a fortune in gold is located nearby and the island is now the base for a nefarious group searching for it.