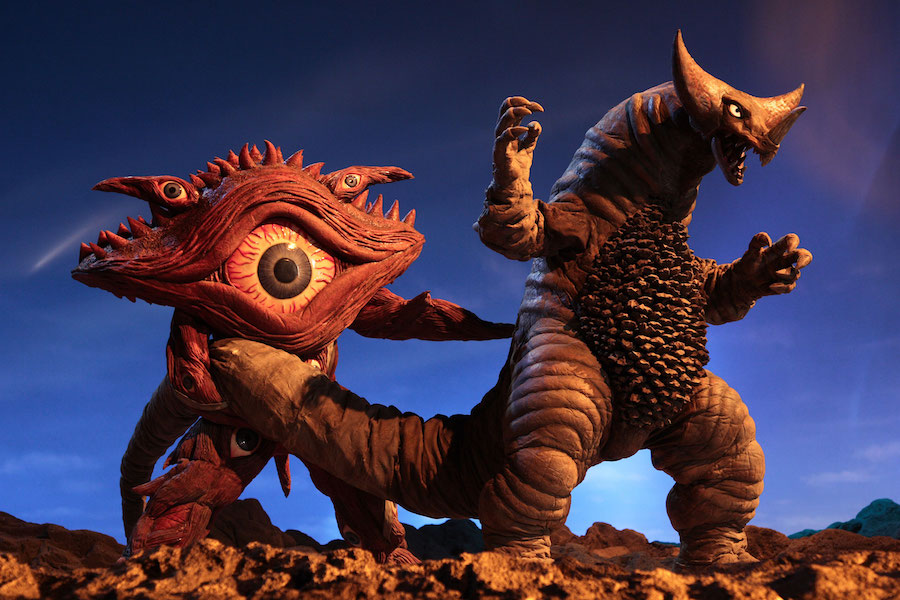 The titles are available via Mill Creek Entertainment’s license of the “Ultraman” back-catalog via international distribution company Indigo Entertainment from Tsuburaya Productions. 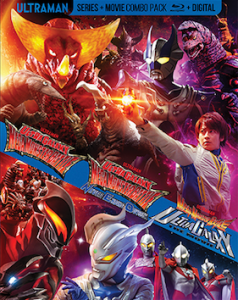 Originally released in 2007, the 13-episode “Ultra Galaxy: Mega Monster Battle” was linked to a popular Japanese arcade card game in which monsters from across the “Ultraman” series engaged in head-to-head combat. The show is set in the distant future, as the Earth organization Zap Spacy explores unknown planets for much-needed natural resources. Under the leadership of Captain Hyuga, the crew of the spaceship Pendragon crash lands on Planet Boris, a desolate world teaming with warring giant monsters. There they encounter a mysterious young man named Rei who uses a device called the Battlenizer to summon and control his own monsters. The story continues in the 2008 sequel series “Ultra Galaxy: Mega Monster Battle Never Ending Odyssey.” The Pendragon team are attacked by the Reionics Hunters, members of the alien Pedan race that seek to exterminate all of Rei’s kind. The conflict leads the crew to the monster-filled Planet Hammer and an encounter with Alien Reiblood, first of the Reionics.

Rei and the Pendragon crew return in the 2009 theatrical feature Mega Monster Battle Ultra Galaxy the Movie, a special effects extravaganza with nearly all of the Ultra Heroes. A terrifying threat returns to destroy the Ultraman homeworld, the Land of Light in Nebula M78, when the evil Ultraman Belial is released from centuries of imprisonment. Armed with a powerful Reionics weapon called the Giga Battlenizer, Bellial defeats one Ultraman after another and steals the Plasma Spark, the energy source for the Land of Light. Ultraman Mebius seeks out Rei to help rescue Ultraman and Ultraseven and recover the Plasma Spark. But will even the timely assistance of Ultraman Dyna and the powerful young fighter Ultraman Zero be enough to turn the tide against Belial and his army of monsters? 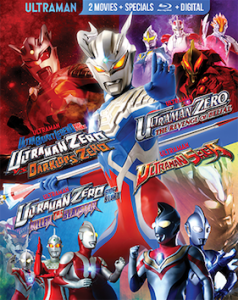 The Ultraman Zero Collection kicks off with Ultra Galaxy Legend Side Story: Ultraman Zero Vs Darklops Zero, a two-part special first released in 2010. Answering a distress call, Rei and Captain Hyuga become trapped in a pocket dimension where an unknown alien is creating evil imitations of the Ultras. When Ultraman Zero comes to their rescue, he is challenged by the black giant Darklops Zero, an armored warrior who looks just like him.

In the 2010 feature film Ultraman Zero: The Revenge of Belial, the Ultra Heroes discover the Ultraman Belial still lives and is creating his empire by conquering planets in an alternate dimension. Dispatched to this new universe, Ultraman Zero encounters space pirates, a princess and her robot protector Jean-Bot, the hotheaded Glenfire, and the mysterious Mirror Knight, who must all join forces to put an end to Belial and his schemes.

The two-part special Ultraman Zero Side Story: Killer the Beatstar (2011) follows the events of The Revenge of Belial. The Ultimate Force Zero team of Ultraman Zero, Glenfire and Mirror Knight come to the rescue when Princess Emerana and Jean-Bot are captured by the villainous Beatstar. Vowing to destroy all organic life, Beatstar sends the deadly robot Jean-Killer to crush his foes as plots to crash his artificial planet into an inhabited world.

The 2012 movie Ultraman Saga presents a team-up of Ultraman Zero, Ultraman Dyna and Ultraman Cosmos. The three heroes join forces with Team U (played by members of the J-idol group AKB48) to save children on an alternate Earth from the conqueror Alien Bat and his monster, Hyper Zetton.