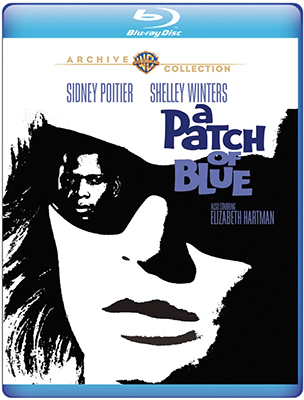 A Patch of Blue

Available via Warner Archive
Warner, Drama, $21.99 Blu-ray, NR.
Stars Sidney Poitier, Elizabeth Hartman, Shelley Winters, Wallace Ford.
1965. A Patch of Blue is at once a star vehicle for Sidney Poitier plus a terrific ensemble piece, though its No. 1 takeaway is still Elizabeth Hartman’s knock-you-on-your-duff performance in what is actually Blue’s central role.
Extras: The late writer-director Guy Green provides a commentary carried over from the old DVD.
Read the Full Review 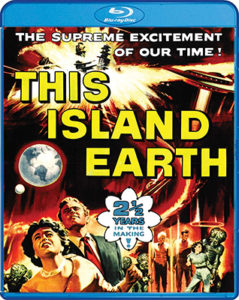 Shout! Factory, Sci-fi, $26.99 Blu-ray, NR.
Stars Jeff Morrow, Faith Domergue, Rex Reason.
1955.Scream Factory’s unexpectedly lavish new Blu-ray is still the definitive presentation of a ’50s sci-fi biggie that entranced a lot of kids at the time — not only because it was in Technicolor but because it had a larger than expected budget all around, though probably not one as large as it needed.
Extras: Includes a 47-minute documentary on the film’s production and reception, plus a long printed history of Perspecta Stereophonic Sound.
Read the Full Review