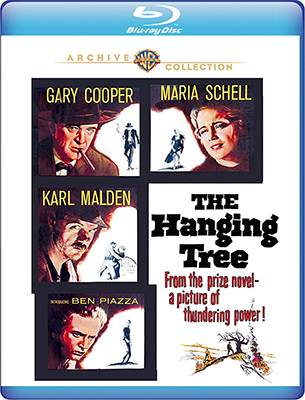 Available via Warner Archive
Warner, Western, $21.99 Blu-ray, NR.
Stars Gary Cooper, Maria Schell, Ben Piazza, Karl Malden, George C. Scott.
1959. Gary Cooper made three more movies after The Hanging Tree before his death in the spring of 1961, but due to varied limitations in terms of conception and/or execution, none of them seem like the “real” Gary Cooper movie that this oddball 1959 Western absolutely does.
Read the Full Review

Universal, Documentary, B.O. $1.23 million, $19.98 DVD, NR.
2017. A significant part of this feature-length limited theatrical release deals with a key part of Steve McQueen’s life that never gets a whole lot of attention: his conversion to active Christianity at the very end of his days during his final rejection of the Hollywood rat race.
Read the Full Review