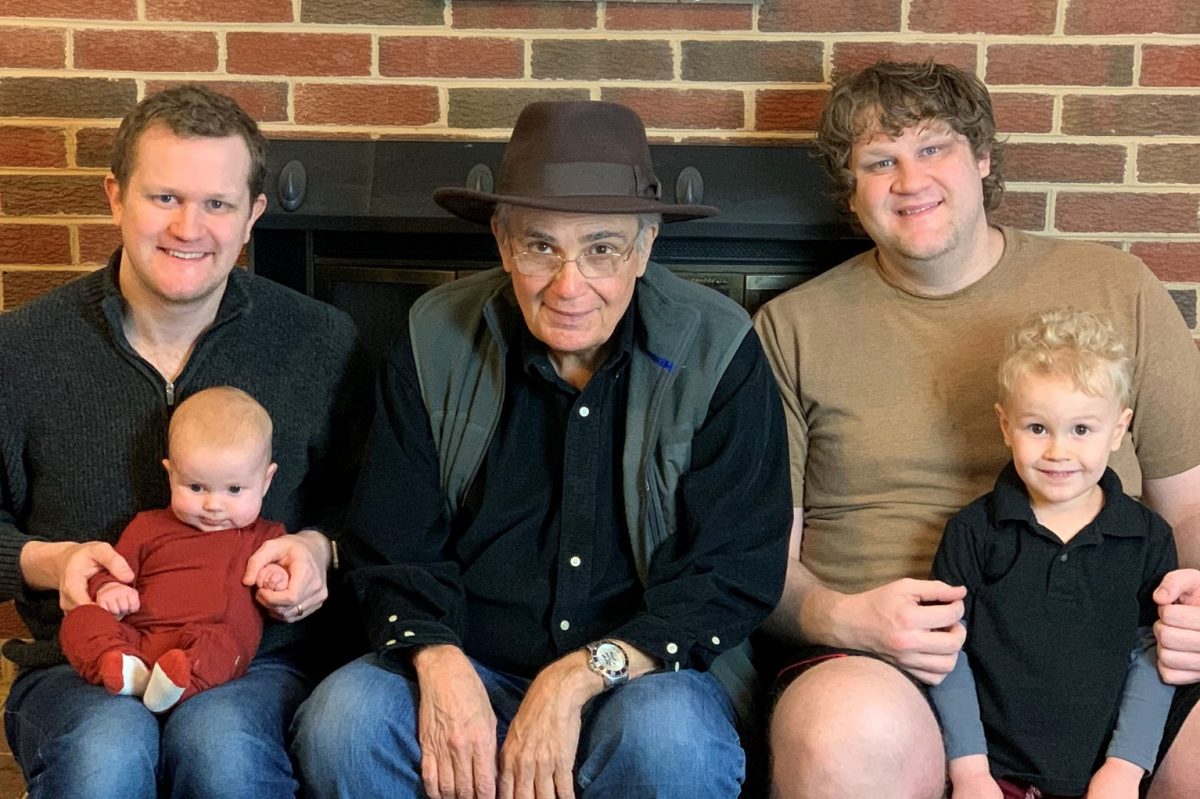 Film critic and Media Play News contributor Mike Clark died July 31 due to complications from a fall a few days earlier. He had been suffering health issues for some time. He was 73.

His son, Nick, posted on Facebook, “As most of you know he had been struggling with liver disease for several years. Daily activities had become more and more difficult, but he still gave himself completely when spending (sometimes virtual) time with children and grandchildren and other family and friends. He also continued to write and work on his music project right up until the very end. He was with family in his final hours, and he passed very peacefully.”

Clark, who lived in Virginia, had been contributing reviews of newly issued Blu-ray Discs and DVDs of celebrated theatrical blockbusters — as well as more obscure movies from the golden days of Hollywood and before — since Media Play News was launched in January 2018, as well as its predecessor, Home Media Magazine, from 2010 to 2017.

From 1985 to 2009, Clark was senior film critic and home entertainment columnist for USA Today.

Clark exhibited a passion for film from a young age growing up in Ohio. As a child, he appeared as a 10-year-old film expert on the popular TV quiz show “The $64,000 Question.” He followed that with a job at a CBS affiliate in one of the country’s largest feature film libraries, and later attended New York University’s Graduate School of Cinema.

He also spent a year as film critic for the Detroit Free Press. A contributing editor to Leonard Maltin’s Movie Guide since 1973, Clark was also an elected member of the National Society of Film Critics.

“Mike’s enthusiasm was second to none where movies and pop culture were concerned,” said film critic Leonard Maltin, who published his namesake guide from 1969 to 2014. “He was a valued contributor to my Movie Guide for decades. Even when he landed his job at USA Today I beseeched him to continue writing for the book because his reviews were so funny. I looked forward to his work in Media Play News, which made use of his tremendous savvy as well as his unique sense of humor. I will miss his writing, just as I will miss our friendship.”

In 2017, Maltin wrote an appreciation for Clark’s reviews in a blog post at his website, LeonardMaltin.com, and recalled how he first encountered “Movie Mike,” as Clark was known around the newsroom.

“I met him when he was attending the NYU Graduate School of Cinema,” Maltin wrote. “He and I bonded over our love for Dean Martin and Jerry Lewis and our unexplainable interest in the little-remembered Keefe Brasselle.”

USA Today’s Mike Snider said he was a colleague of Clark for nearly two decades.

“Movie Mike certainly earned his nickname,” Snider said. “He was a fixture of the USA Today Life section. His film reviews and columns were always incisive and readers were certain to learn something far beyond the particular films being critiqued.”

A huge fan of the New York Yankees and the Ohio State Buckeyes, Clark was “smart, quick and funny, and I was lucky enough to get to see him the last few years as he managed an art-house film theater near my home in northern Virginia,” Snider said. “The film industry has lost one of its great voices.”

Another former USA Today colleague, Jim Cheng, wrote on Facebook, “My heart is broken like the third reel of a grindhouse double feature. The great Movie Mike Clark has left the screening room. Friend, mentor, endless font of information (not just movies), father, grandfather, and of course, Yankee fan. Love to his family. RIP, Movie Mike. In his honor, I hope to spend the weekend watching classic movies.”

Clark is survived by his two sons, Nick (Megan) and Alex; grandsons Benjamin and Oliver; sister Marta (Glenn); ex-wife and close friend Cathy Crary; and many other relatives and friends.