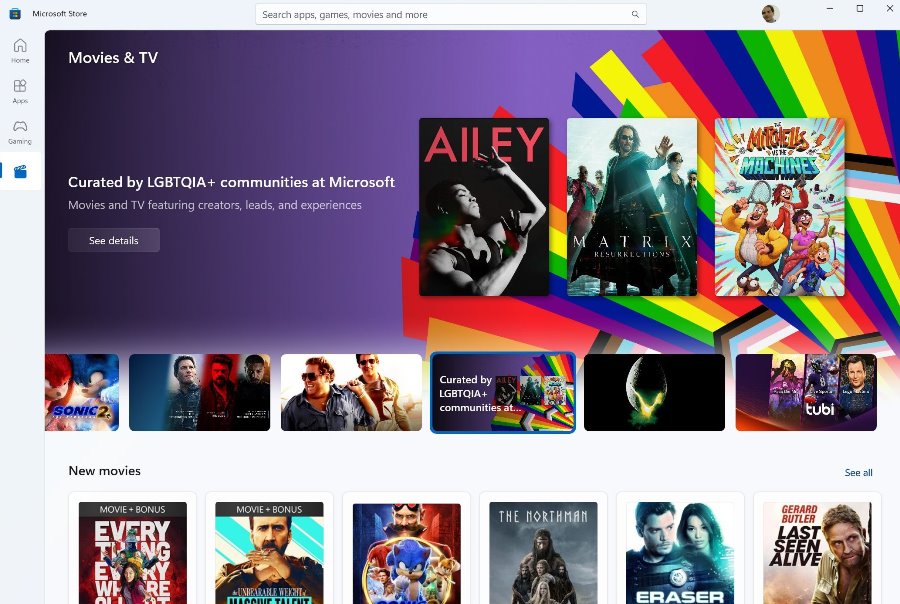 The Microsoft Store has been recognized as the No. 1 video streaming service in the country by the American Customer Satisfaction Index (ACSI) organization.

ACSI sampled 23,000 random customers and evaluated the quality of the app, reliability of the service, ease of experience, performance and stability, and content catalog quality.

Microsoft Store finished first with a score of 79, compared with scores of 78 for Disney+ and Paramount+, 77 for YouTube TV, 75 for Hulu, and 74 for Amazon’s Prime Video and Netflix.

Apple TV+ finished near the bottom of the list with a score of 69.

“Today is a glaring reflection of the passion, hard work, and dedication of so many people at Microsoft that work on both the Microsoft Movies & TV service and our Microsoft Store on Windows,” said Dametra Johnson-Marletti, corporate VP of Microsoft Stores Category Management.

“The Microsoft Movies and TV service spans all Windows and Xbox devices, but particularly in our Store on Windows we have had a heightened focus on putting the customer and customer choice at the center of the experience. Thinking about every step in the journey from how new and catalog content is merchandised, to service uptime and quality to unique programs and offers that customers love, we’ve tried to cover all bases for entertainment fans. Together with our engineering team we are elated by the recognition of our collective efforts.” 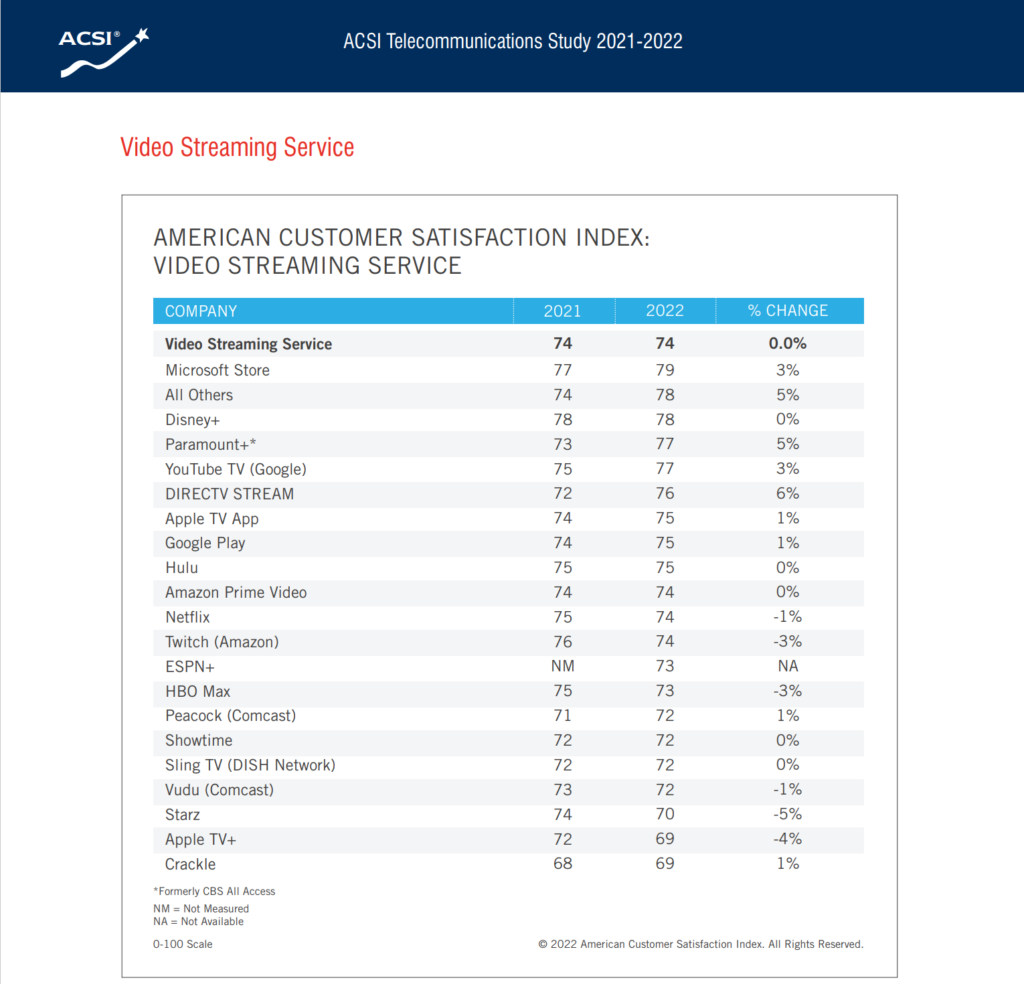