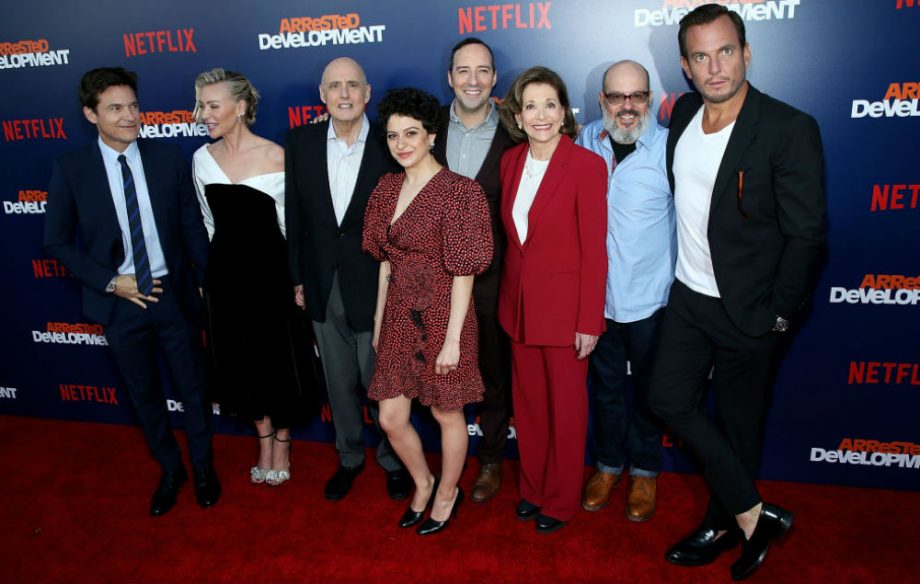 NEWS ANALYSIS — When allegations of sexual harassment and misconduct resulted in Jeffrey Tambor (who has denied the allegations) being fired from Amazon’s original series “Transplant,” Netflix hoped the backlash against the award-winning actor wouldn’t affect one of its prized shows, “Arrested Development.”

In what was supposed to be a star-studded media campaign promoting the fifth season of the quirky comedy launching May 29 on Netflix, a May 22 cast interview with The New York Times — featuring Jason Bateman, Jessica Walter, Tambor, Tony Hale, Will Arnett and David Cross — exploded into allegations of harassment against Tambor by Walter — and some cast members defending Tambor.

“In like almost 60 years of working, I’ve never had anybody yell at me like that on a set,” Walter told The Times through tears.

Walter, who played Clint Eastwood’s femme fatale in his 1971 directorial debut, Play Misty for Me, said it was hard to deal with, but that she was “over it now.”

Bateman, whose own wife was allegedly groped by Hotelier André Balazs, made the decision to defend Tambor’s boorish behavior as a byproduct of on-set creativity.

“Not to belittle it or excuse it or anything, but in the entertainment industry it is incredibly common to have people who are, in quotes, ‘difficult,’” Bateman told The Times.

Hales then added fuel to the fire, saying, “I will say, to Jason’s point, we can be honest about the fact that — and not to build a thing — we’ve all had moments.”

The backlash on social media was swift and piercing.

“I had to stop reading after the ninth time Jason Bateman interrupted a crying 77-year-old woman (Walter) to say that she was over-reacting to what an entire room of people agreed was abuse,” tweeted Katlin Menza.

“One small but very striking thing from that nyt arrested development interview: Jason Bateman essentially explaining ‘how the industry works’ to Jessica Walter, as if she isn’t an accomplished veteran of the same industry,” wrote David Bynch.

“I feel like Jason Bateman is talking a little too much and [Arrested Development cast member] Alia Shawkat not enough here. You can see a marked difference between men and women and between generations in this interview and how they’re dealing with the allegations against Jeffrey Tambor,” added April Wolfe.

Bateman, who also stars in Netflix original series, “Ozark,”  later apologized on social media, saying, “I’m incredibly embarrassed and deeply sorry to have done that to Jessica. This is a big learning moment for me.”

But Netflix had seen enough. The SVOD behemoth, which this week was briefly valued more on Wall Street than The Walt Disney Co., canceled a planned PR blitz for “Arrested Development” in the United Kingdom.

“At this time, we have decided not to move ahead with promotional activity in the U.K., but hope to bring the cast back at another time,” Netflix said in a statement.