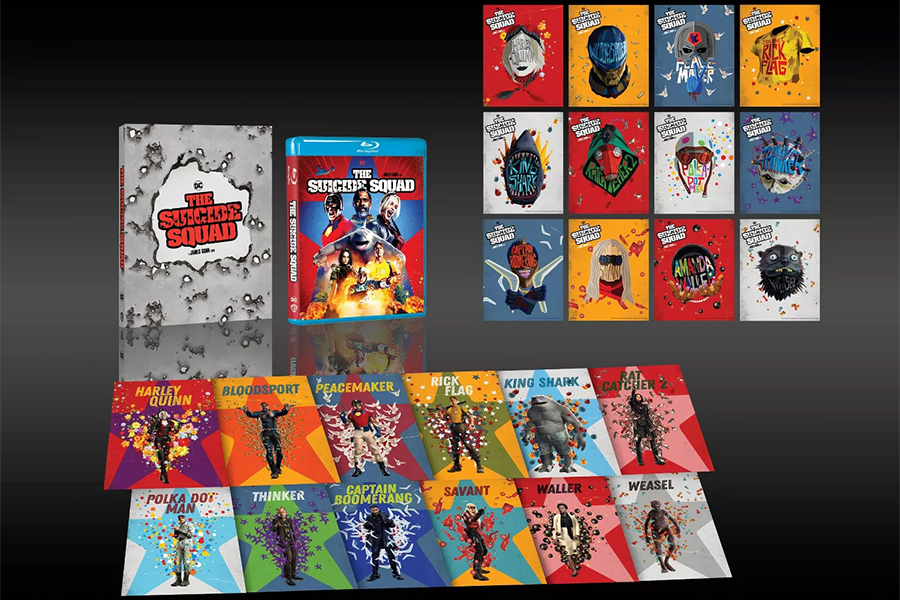 Oct. 26 saw the arrival of Warner’s The Suicide Squad on Blu-ray, with exclusive versions offered by each of the big three national retailers.

Directed by James Gunn, The Suicide Squad is an ‘R’-rated superhero movie based on the DC Comics team of villains extorted into performing dangerous missions for the U.S. government.

Target offered a copy of the regular Blu-ray Disc edition boxed with 12 collectible character cards for $26.99

Walmart had a variant of the regular Blu-ray version of The Suicide Squad with special lenticular box art for $24.96.

The week also saw Target release an exclusive $17.99 Steelbook Blu-ray Disc of 31, a 2016 horror movie from director Rob Zombie in which five happy-go-lucky carnies on a cross-country road trip are kidnapped and hunted by murderous clowns in an escape room-style hideaway in the middle of nowhere.