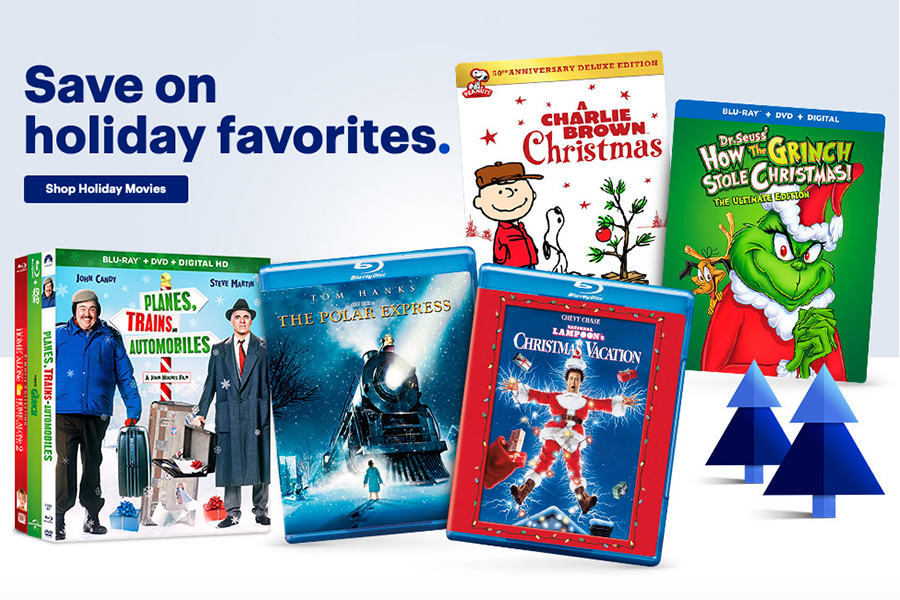 The big retailers didn’t do much to acknowledge the new home video releases of Dec. 22. Many of the big chain stores in Southern California didn’t even bother to put them out, leaving new-release shelves looking barren and neglected as clerks focus on other things, such as mobile phones and video games.

In fact, Target listed Universal’s new The War With Grandpa Blu-ray as available only online.

However, with Christmas arriving at the end of the week, the major retailers did offer some of their typical seasonal discounts.

Target in its weekly ad circular advertised up to 20% off select movies.

Best Buy touted a sale on holiday Blu-rays that could be had for as low as $7.99 each. Best Buy also offered its inventory of exclusive Steelbooks for as low as $11.99 each.