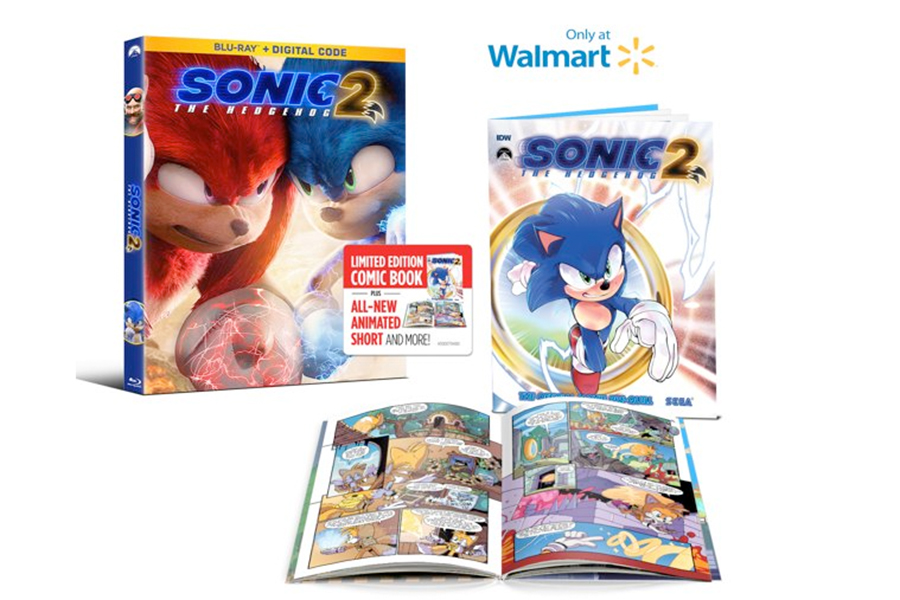 A sequel to 2020’s Sonic the Hedgehog, the latest adaptation of the Sega video game franchise finds the speedster Sonic teaming with Tails the flying fox against the combined forces of Knuckles the echidna and Dr. Robotnik (Jim Carrey).

Best Buy, per usual, offered the 4K Ultra HD Blu-ray edition of Sonic the Hedgehog 2 in Steelbook packaging for $30.99. Best Buy’s Steelbook was a combo pack containing both 4K and regular Blu-ray discs, plus a code for a digital copy.

This is a step up from Paramount’s wide releases, which offered either a 4K disc plus digital, or a regular Blu-ray plus digital, but no combo packs.

Walmart offered the Sonic 2 regular Blu-ray with unique box art and a limited-edition comic book for $22.96.