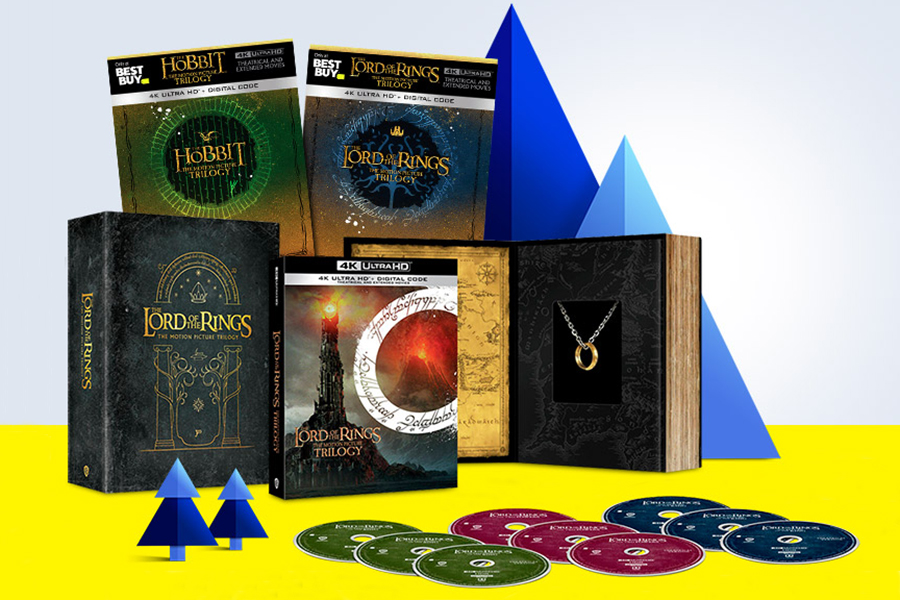 'Lord of the Rings' gift sets advertised by Best Buy

Among the biggest were Steelbook 4K Ultra HD Blu-ray boxed sets for Warner’s “Middle-Earth” fantasy series — “The Hobbit” and “The Lord of the Rings” trilogies, at $119.99 each. The boxes had both the theatrical and extended versions of each film on 4K Ultra HD in their own Steelbook case, plus a larger Steelbook box for the trilogy.

In addition, The Lord of the Rings 4K Ultra HD trilogy was also offered as a $149.99 gift set with a collectible ring on a necklace.

Also, as a holdover from Black Friday sales, Best Buy is selling Steelbook movies for as low as $7.99.

Meanwhile, Target is offering up to 30% off holiday music and movies.

Target also has an exclusive $129.99 DVD set of Modern Family: The Complete Series.