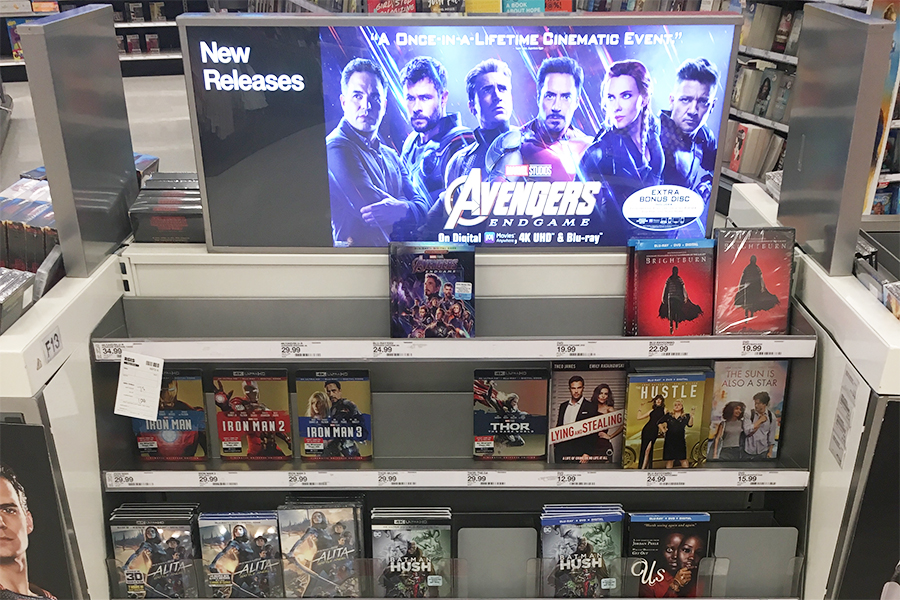 Retailers didn’t offer much in the way of exclusives for the new releases of Aug. 20, instead keeping a lot of shelf space dedicated to Disney’s Avengers: Endgame. Many of those shelves were empty, however, as fans continued to buy the superhero movie at a brisk pace.

One exclusive that did show up during the week came at Walmart, which offered a $22.96 two-DVD set pairing Universal’s A Dog’s Purpose with its newly released sequel, A Dog’s Journey.

Best Buy also has an exclusive Steelbook of the upcoming 4K Ultra HD Blu-ray of Warner’s The Wizard of Oz.