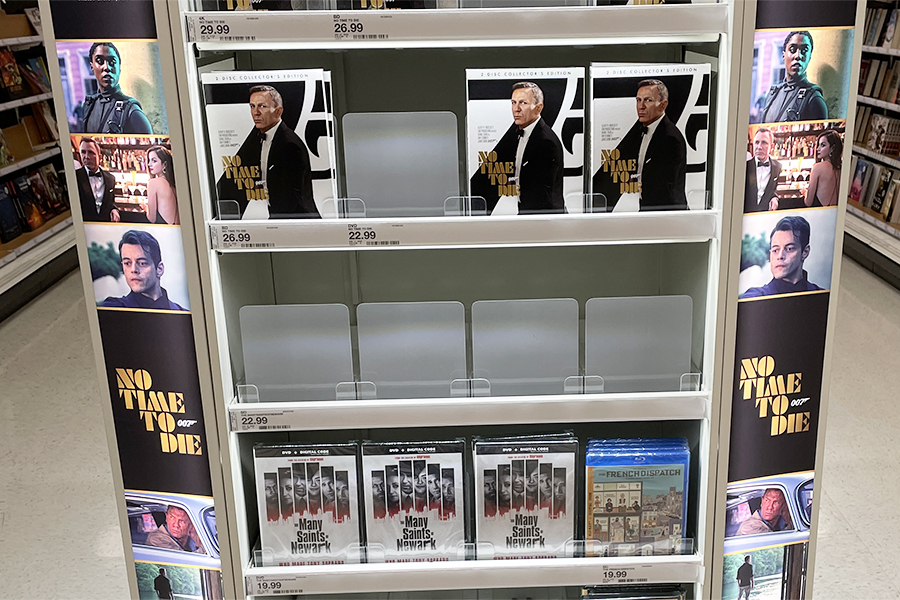 The new-release shelf at a Tustin, Calif., Target Dec. 28.

There weren’t many new releases Dec. 28, so retailers focused on discounts on titles already on the shelves.

Target offered a 20% discount on movies, excluding new releases and preorders. The offer was available through the Target app Circle membership program. Target also ran a sale on video games.

Best Buy offered many newly released 4K titles for as much as 45% off.

Walmart’s website listed some exclusives for upcoming titles for which the chain is taking preorders, some of which just hit theaters. These include Disney’s Eternals 4K Ultra HD Blu-ray combo pack with an enamel logo pin; a Blu-ray combo pack of Universal’s Sing 2 with an inflatable guitar, rockstar glasses and microphone; and Lionsgate’s American Underdog with a journal and movie cash.