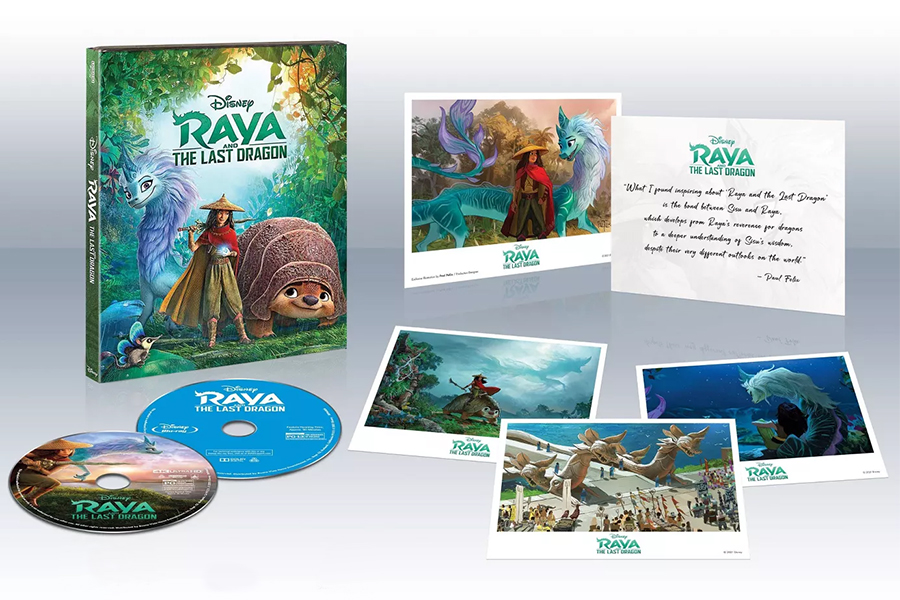 A couple of retailers offered exclusives for Disney’s Raya and the Last Dragon 4K Ultra HD Blu-ray Disc upon its release May 18.

Best Buy offered its typical Steelbook edition for the Raya 4K Blu-ray, also at $34.99. The disc also qualified buyers for Best Buy’s promotion to get the first month of a Philo subscription for $1.

Prior to its May 18 release on Blu-ray Disc, DVD and 4K Ultra HD Blu-ray by Disney Media & Entertainment Distribution, Raya had become available for digital purchase April 2 following its debut in theaters and via Premier Access with an added charge for subscribers to the Disney+ streaming service.

On May 18, Disney Media & Entertainment Distribution announced a partnership with AsianBossGirl on a “Weekend of Raya” event on Saturday, May 22, and Sunday, May 23. Coinciding with Asian American and Pacific Islander Heritage Month, the partnership will honor and highlight the cultures of Southeast Asia as well as the AAPI artists and filmmakers that helped to bring the film to life. Weekend activities include: