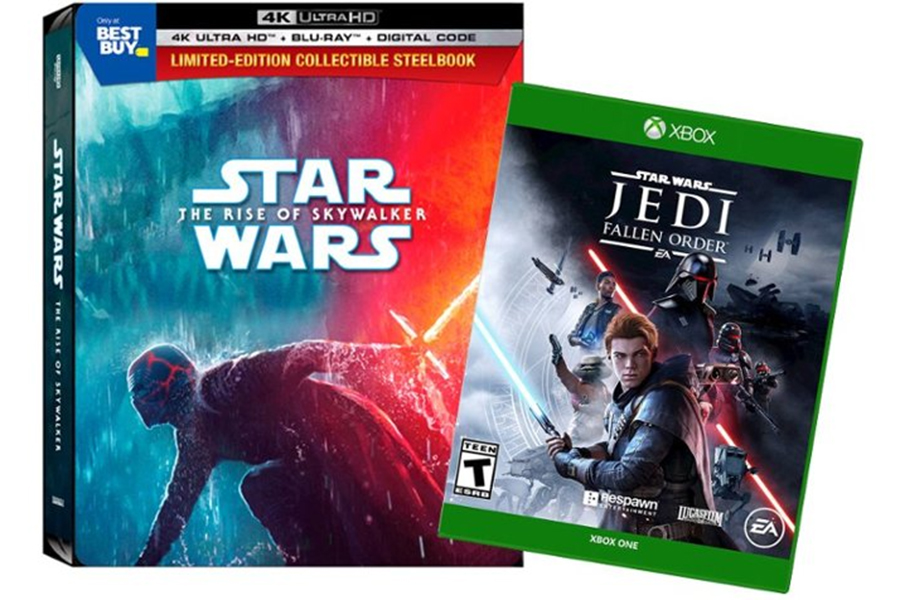 With depressed foot traffic due to the coronavirus pandemic, retailers are touting deep discounts in an effort to clear some catalog titles.

Best Buy, which has been relegated mostly to online business but still offers curbside pickups, gave a savings of $30 to shoppers who bought both Star Wars: The Rise of Skywalker on Blu-ray ($24.99) or 4K Ultra HD ($29.99) with the Star Wars Jedi: Fallen Order video game. With the game priced at $39.99, that essentially means the movie is free, although the more-expensive Steelbook ($34.99) and the nine-movie boxed set ($249.99) also meet the terms of the promotion.

Another sale at Best Buy offers $5 off an additional movie when buying a Blu-ray or 4K UHD version of Universal’s Dolittle or Cats. A list of eligible titles is available at BestBuy.com.

Different deals could be found at Target and Walmart, two big retailers whose stores are still open because they sell groceries and essential household supplies.

Target didn’t have any exclusives on the week’s new releases, but did have a buy-two-get-one-free sale on movies and kids’ books, with discs priced at $10 and $15.

Walmart had a $29.96 Bad Boys 3-Movie Collection containing Blu-ray Discs and digital copies of the first two “Bad Boys” movies and a Vudu digital copy for the new Bad Boys for Life.