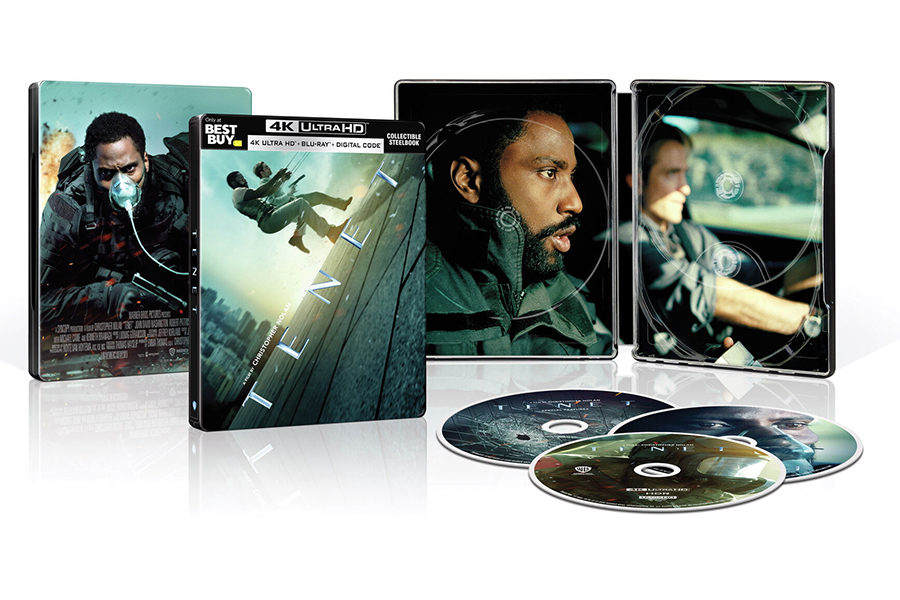 The big title to hit shelves Dec. 15 was Warner’s Tenet, the latest mind-bending adventure from director Christopher Nolan. Both Best Buy and Walmart offered exclusive editions of the film.

Walmart also dipped into its exclusives playbook, and with Tenet being a Warner title, offered a bare-bones DVD with unique box art and no extras for $16.96. The widely available special-edition DVD with an hour of behind-the-scenes extras wasn’t even stocked in some stores, but was available at Walmart.com for $19.96.

Target didn’t have a Tenet exclusive, but was running a promotion for 20% off DVDs and Blu-rays, excluding new releases.

A number of Target stores around Southern California continue to have issues stocking their new releases in a timely manner on Tuesday morning. At one store, where the shelves were empty at 8 a.m. but the display labels for all the new titles were in place, a clerk said the new titles likely wouldn’t be stocked until late afternoon, as they weren’t in a rush to bring out the boxes of new product from the stockroom, even for customers who asked about them specifically.

There were also reports of issues with Target’s app feature allowing shoppers to pay online and pick the item up in the store. One customer looking for the Tenet 4K Ultra HD Blu-ray said he had several stores cancel his order on the claim that they were out of stock, but when he went to the actual store, they had plenty of copies on the shelf.