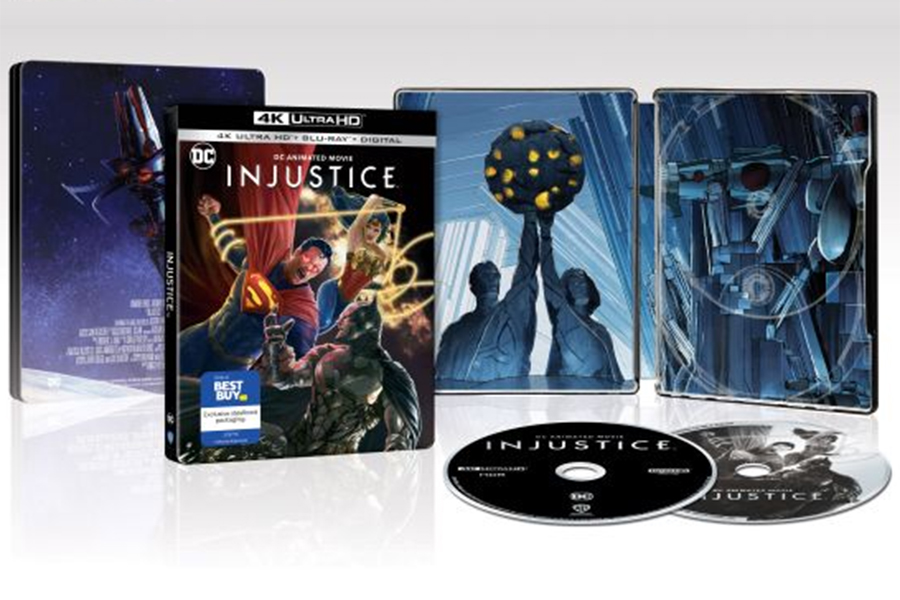 Warner’s Injustice got a few retail exclusives Oct. 19, while Best Buy had a slew of Steelbook editions for some of the week’s new releases.

For Injustice, the latest direct-to-video animated superhero movie based on DC Comcis characters, Walmart offered a $14.96 DVD edition, as the title was widely released only on Blu-ray and 4K Ultra HD discs.

Target for the week offered a sale of up to 30% off Halloween books and movies.