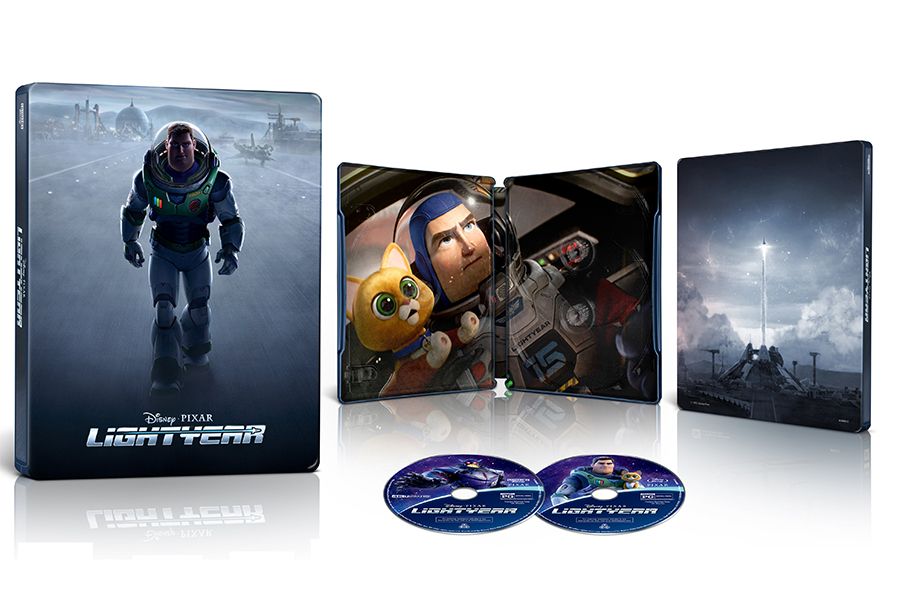 Retailers didn’t have much in the way of exclusives for the Aug. 16 new releases, with some putting more emphasis on preorders for upcoming titles.

The most notable newcomer of Aug. 16, Universal’s Jurassic World: Dominion, was just announced for disc a week ago, so there weren’t retailer exclusives for it per se. A Steelbook edition of the 4K Ultra HD Blu-ray combo pack, typically a Best Buy exclusive, was available as a wide release instead. Best Buy and Target had the Steelbook for $34.99, while Walmart had it for $34.96 in stores, and as low as $24.99 online.

Among the titles touted for preorder, Best Buy lists a Top Gun: Maverick Steelbook consisting of a 4K disc and digital copy (no regular Blu-ray) for $34.99. The listing hasn’t been updated with box art for the Paramount release, but it arrives Nov. 1.

Due Sept. 13 is a Steelbook of the 4K Blu-ray combo pack for Disney’s Lightyear, the latest offering from Pixar, for $34.99.

Sony Pictures’ new-in-theaters Bullet Train is being offered as a $42.99 preorder for the 4K Ultra HD Blu-ray combo pack in Steelbook packaging with collectible character cards.

Walmart is taking preorders for a Minions: The Rise of Gru gift set from Universal that contains the Blu-ray/DVD/Digital combo pack of the film, plus two Funko Pocket Pop! character keychains, for $29.96.