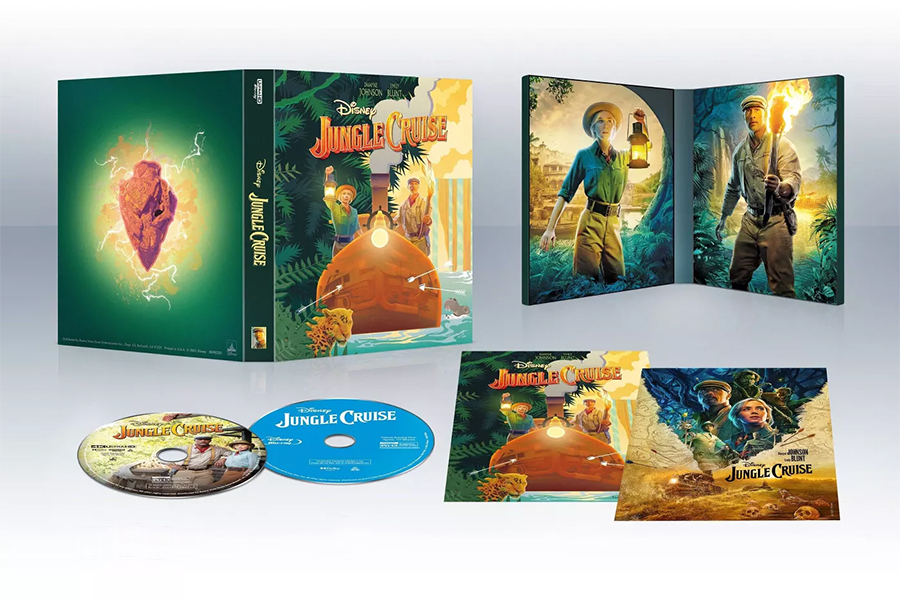 Disney’s Jungle Cruise arrived on Blu-ray and DVD Nov. 16, and retailers offered a number of exclusive editions of it.

Best Buy presented its typical Steelbook edition of the 4K combo pack of Jungle Cruise for $34.99.

Based on the classic Disney parks ride, Jungle Cruise stars Dwayne Johnson and Emily Blunt as adventurers in the Amazon seeking a legendary tree that can heal any illness.

Another exclusive Steelbook during the week came from Target — a Blu-ray of Lionsgate’s family drama Wonder, also $19.99.

Amazon offered an exclusive edition of Warner’s new Middle-Earth Ultimate Collector’s Edition box set that includes 4K and Blu-ray editions of the Hobbit and Lord of the Rings trilogies. Amazon’s version includes a replica of the one-ring for about $30 more than the wide-release version of the set.