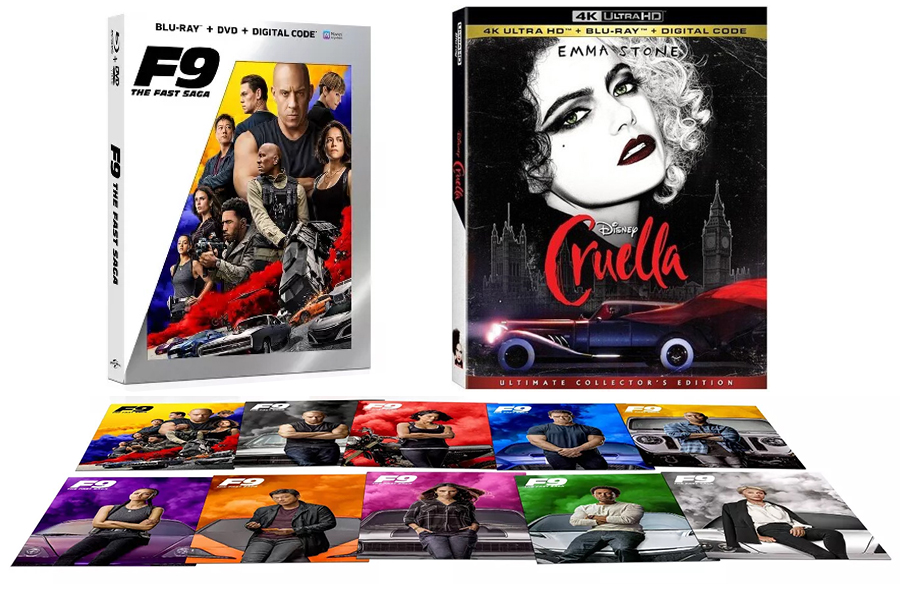 Target’s exclusive for F9 was a Blu-ray combo pack with 10 collectible character art cards for $26.99.

Walmart didn’t have an exclusive for F9 on its own, but did release an exclusive nine-movie “Fast & Furious” DVD collection, for $44.96.

Walmart offered the Cruella 4K combo pack with exclusive box art and a code for a Disney Classic Stories: Cruella eBook for $29.96.

Target held a promotion offering 30% off select Halloween-themed books and movies. Target also had the DVD of The Nightmare Before Christmas: 25th Anniversary Edition discounted to $6.