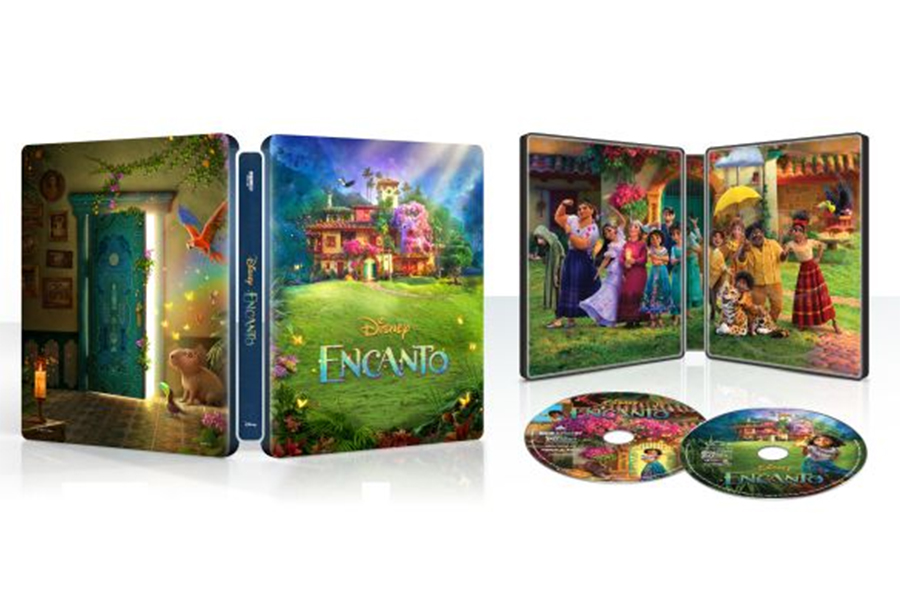 Disney’s Encanto arrived at retail Feb. 8 with a number of retail exclusive variations.

Best Buy offered its usual Steelbook edition of the 4K Ultra HD Blu-ray combo pack of the animated film for $34.99.

Target offered the 4K edition of Encanto with exclusive box art and the limited-edition lithographs for $34.99.

Walmart had the 4K version packed with a limited-edition enamel pin for $34.96.

Among other exclusives during the week, Best Buy offered a 4K Steelbook combo of Lionsgate’s La La Land for $19.99.

Separately, some copies of The Beatles: Get Back Blu-ray from Disney were spotted in the new-release section at a Target in Orange County, Calif. The title had been slated for a Feb. 8 release but was recalled due to a technical glitch. Apparently some shops didn’t get that memo. The new release date hasn’t been announced.