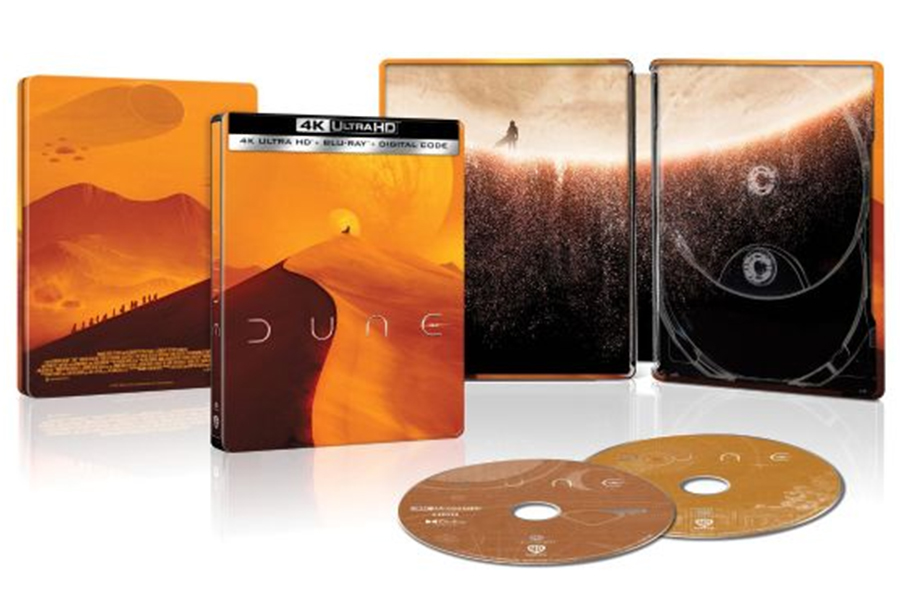 But some buyers of the Best Buy-exclusive 4K Ultra HD Blu-ray combo Steelbook edition for $34.99 got a bit of a shock when they opened the package to find it missing the discs and the digital code. Reports about the missing discs began to swirl online, such as this YouTube video of a Dune fan unboxing his new Steelbook:

The set is listed as sold out on Best Buy’s website, so those affected will likely either be sent replacement discs or given a refund so they can purchase a standard 4K set to get the discs to put in their Steelbook.

Target and Walmart also had exclusive editions of Dune, but for the Blu-ray/DVD combo pack.

The $26.99 set offered at Target had a set of collectible character cards that also served as interchangeable covers for the box art.

Walmart had a $29.96 set with packaging meant to resemble the pain box from the film.

Best Buy also offered an exclusive Steelbook 4K combo pack for the week’s other big title, Universal Pictures’ Halloween Kills, also at $34.99. There were not reports that it too was missing anything.

In more general news, Target for the week ran a promotion for the week offering 20% off select Disney titles.