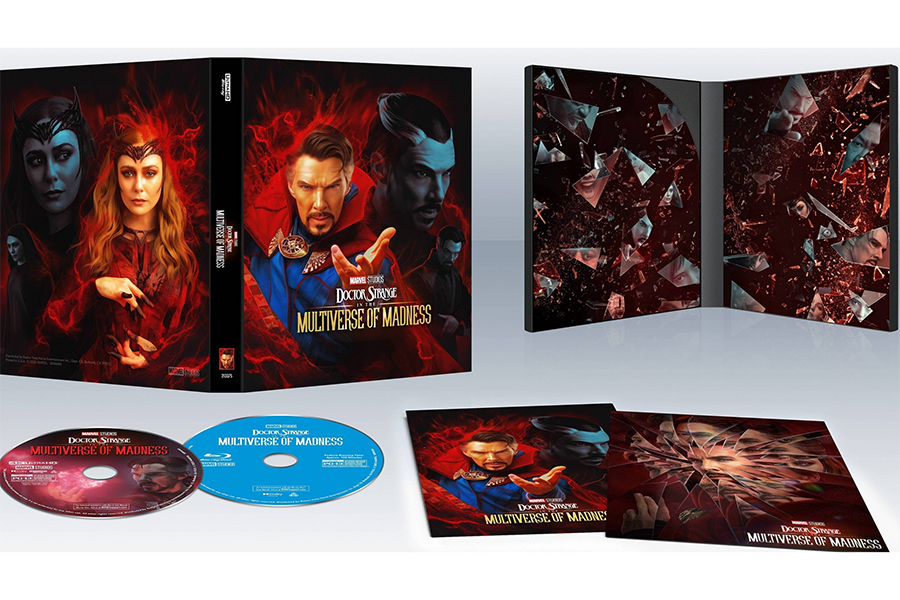 Marvel Studios’ Doctor Strange in the Multiverse of Madness arrived on shelves July 26 with no shortage of exclusive editions for fans.

The Disney-distributed sequel to Doctor Strange features the return of Benedict Cumberbatch as the Marvel Comics sorcerer, now tasked with protecting a teenage girl with the power to travel between alternate realities.

Best Buy offered its usual Steelbook packaging for the 4K Ultra HD Blu-ray Disc version of Doctor Strange in the Multiverse of Madness, at $34.99.

Walmart’s edition of the 4K Ultra HD Blu-ray combo pack came with an enamel pin of the Doctor Strange logo, for $34.96.