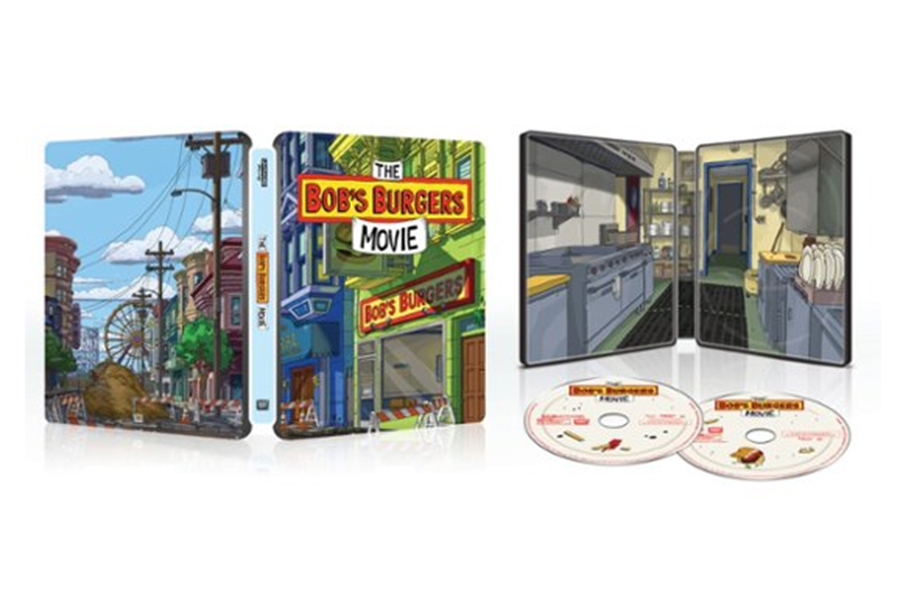 The most notable new exclusive for the July 19 disc releases involved one of the formats for The Bob’s Burgers Movie.

While the DVD and Blu-ray of the 20th Century Studios film were widely available, a 4K Ultra HD Blu-ray edition was offered exclusively at Best Buy in the form of a combo pack with Steelbook packaging for $34.99.

Based on the long-running Fox animated series “Bob’s Burgers,” the movie finds Bob and Linda Belcher struggle to keep their business open after a ruptured water main creates a sinkhole in front of the eatery and blocks the entrance,while the kids try to solve a mystery that could save the restaurant.

The Bob’s Burgers Movie is distributed on disc by Disney Media & Entertainment Distribution.