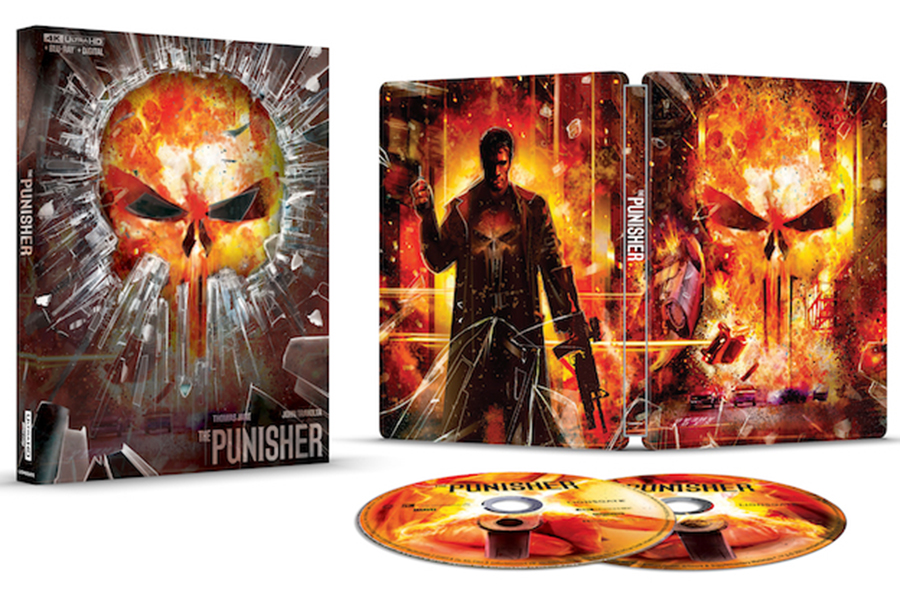 So few new Blu-ray and DVD titles of note were released Jan. 25 that many retailers didn’t bother to make room for any of them in new-release displays.

There was one exclusive released during the week, with Best Buy offering a 4K Ultra HD Blu-ray Steelbook combo pack of Lionsgate’s The Punisher for $19.99.

The 2004 film based on the Marvel Comics vigilante character stars Thomas Jane as Frank Castle, who becomes The Punisher to seek revenge on the mafia boss (John Travolta) who murdered his family. The cast also includes Will Patton and Roy Scheider.

The film was originally released on 4K in September 2018. The new Steelbook edition features new artwork by Orlanda Arocena, and includes the film on a 4K and regular Blu-ray discs, and comes with a code redeemable for a digital copy.

Walmart stores have been setting up Valentine’s Day displays in DVD sections. Dubbed “Movies for Your Valentine,” the section offers catalog DVDs with special promotional slipcovers featuring the box art in a heart design.