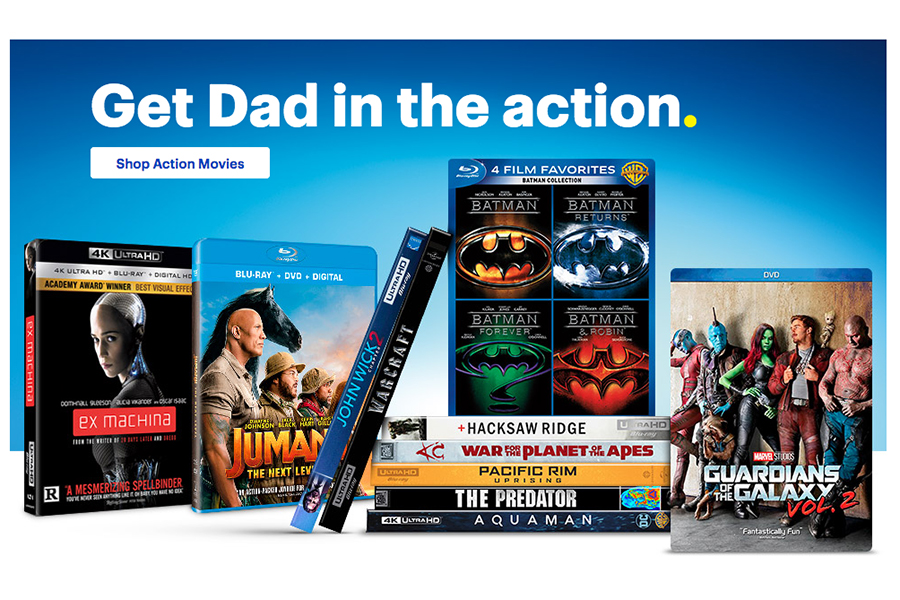 Without much in the way of theatrical films heading to DVD, Best Buy June 2 offered a slew of catalog movies in new Steelbook Blu-ray editions.

Best Buy did have an exclusive edition of one new release during the week: a $34.99 Blu-ray Steelbook of HBO’s Watchmen limited series.

The “Top Deals” section for home video at Best Buy’s website touted Father’s Day sales, with a “Get Dad in the action” banner promoting a sale on action movies. The site also offered savings on select Disney-distributed movies for dad. Ford vs Ferrari made both lists.

Walmart has the exclusive early availability of Nickelodeon’s Blue’s Clues & You DVD, with episodes from the interactive preschool series, offered at $9.96.