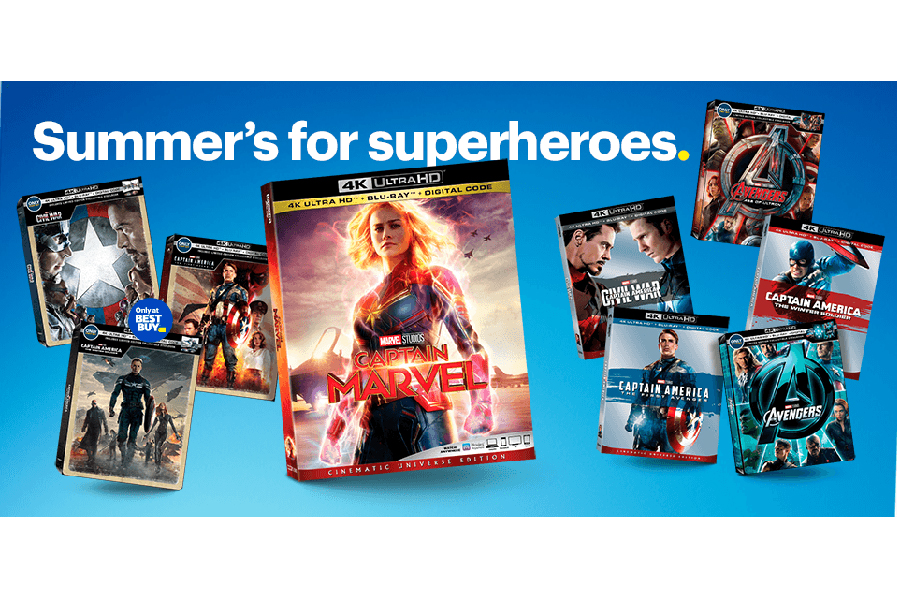 With studios holding back major new releases during the week of the July 4 holiday, retailers resorted to the time-honored tradition of sales for catalog titles and recent releases.

Another banner promoted “Disney movies the kids will love, listing recent Blu-rays for the animated Cinderella, the live-action Dumbo, and 4K Ultra HD Blu-rays of the “Toy Story” movies.

Another sale offered recent releases such as The Lego Movie 2: The Second Part, Us and Happy Death Day 2U for as low as $12.99 each.

To tie-in with the new “Spider-Man” movie, Best Buy gave fans who bought a “Spider-Man” or “Venom” movie the option to buy a second for 50% off.