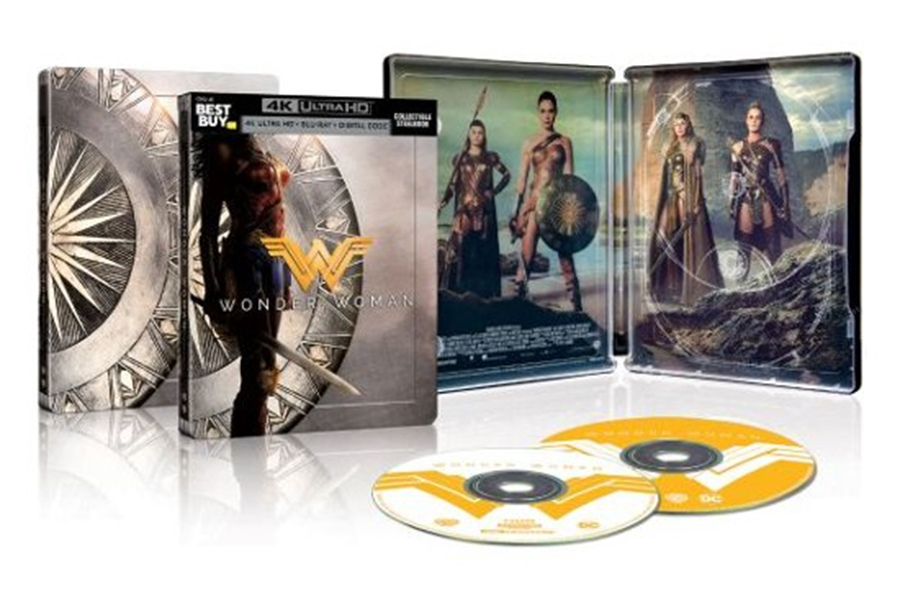 Best Buy July 28 began selling a new Steelbook edition of 2017’s Wonder Woman. The 4K Ultra HD Blu-ray combo pack from Warner Bros. Home Entertainment was likely planned as a promotional tie-in to its sequel, Wonder Woman 1984, which was originally slated to come out this summer but was postponed due to the coronavirus pandemic, and is now tentatively slated for October.

The new Wonder Woman Steelbook is priced at $29.99.

Best Buy is also taking preorders for its 4K Ultra HD Steelbook collector’s set of the complete series of “Game of Thrones” at $239.99. The release date is Nov. 3.

Walmart is offering early sales of Warner’s Deep Blue Sea 3 on Blu-ray and DVD. The title will be widely available Aug. 25. The disc is also available early for rental through Redbox kiosks.