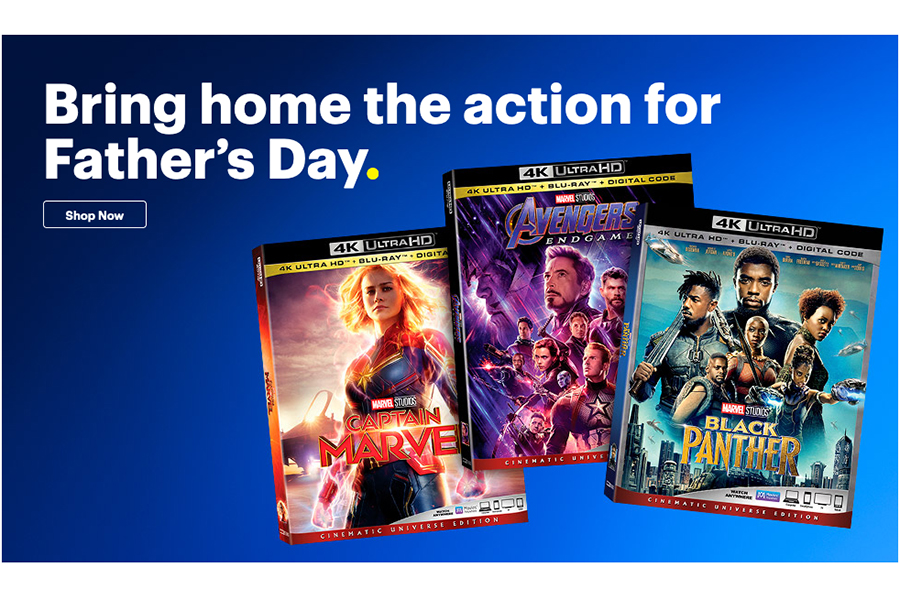 With a light slate of new releases June 1, Best Buy instead focused on preorders of upcoming releases and deep discounts of catalog titles with a prominent Father’s Day tie-in on the chain’s website.

With Father’s Day coming up on June 20, BestBuy.com’s home entertainment Top Deals section leads off with a “Bring home the action for Father’s Day” banner, highlighted by a few Blu-rays of Marvel movies. The link to the sale brings up an assortment of action, sci-fi, war movies and Westerns.

Separately, Best Buy is touting a sale on Lionsgate Steelbook Blu-rays for as low as $9.99 each.

The new June 1 release of Universal’s 30th anniversary Backdraft 4K Ultra HD Blu-ray Steelbook combo pack was being sold by Best Buy only in its stores for $19.99, but wasn’t listed at BestBuy.com yet.