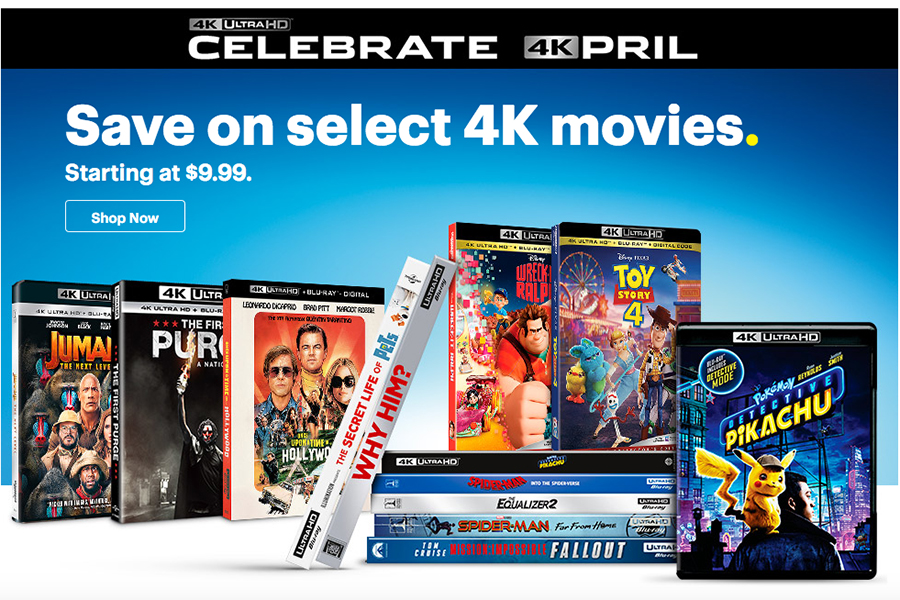 The big retailers didn’t bother to attach exclusives to any of the modest new releases of April 14, as the coronavirus pandemic continues to shift attention away from the electronics section.

Best Buy, which has turned its focus to online shopping, touted some catalog sales and preorders for Steelbook editions of future releases.

Steelbook editions of 4K Ultra HD Blu-ray combo packs being touted for preorders at $34.99 apiece include Sony Pictures’ Bad Boys for Life (due April 21), Warner’s Birds of Prey (due May 12), Paramount’s Sonic the Hedgehog (due May 19) and Disney’s Onward (due May 19).

Target changed the distribution of its weekly ad to online only, and this week didn’t include a home entertainment section.