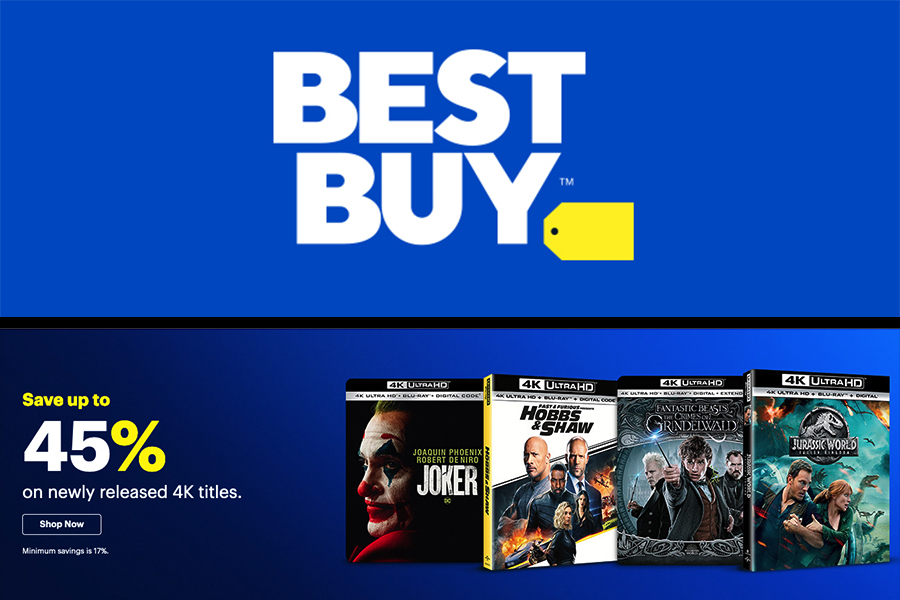 Touting up to 45% savings on 4K discs, with a minimum savings of 17%, Best Buy’s deal includes titles such as Warner’s Joker and Fantastic Beasts: The Crimes of Grindelwald, and Universal’s Hobbs & Shaw and Jurassic World: Fallen Kingdom for $11.99 each.

Walmart posted a preorder listing for an exclusive DVD edition of the newly announced Yellowstone: Season Four from Paramount, due March 8.