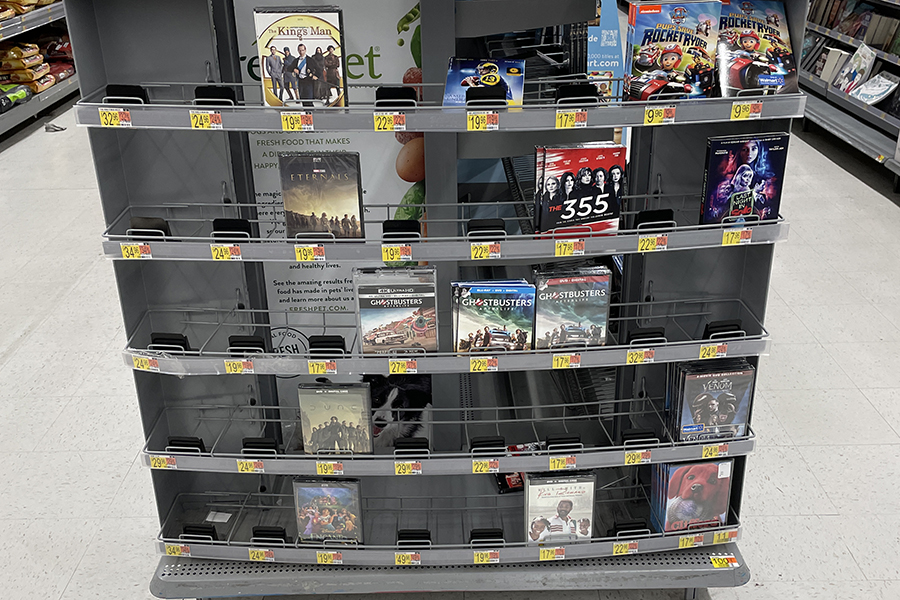 The big studios didn’t release much in the way of major new titles on Blu-ray Disc and DVD March 1.

The most notable releases were Universal Pictures’ awards darling Belfast, and Warner’s Blu-ray release of the decade-and-a-half-old “The Batman” animated series.

Unlike the previous week, which had at least four headliners, the paucity of newcomers didn’t inspire many of the big chains to restock their shelves. A number of Targets and Walmarts in Orange County, Calif., had new-release displays that were virtually empty.

In fact, Target didn’t even have the Belfast DVD or Blu-ray listed on its website. However, copies of the Oscar nominee were eventually spotted on shelves at several Target locations.

And Best Buy’s website, which usually promotes preorders during slow weeks, wasn’t touting much of anything aside from recent releases and catalog Steelbooks.