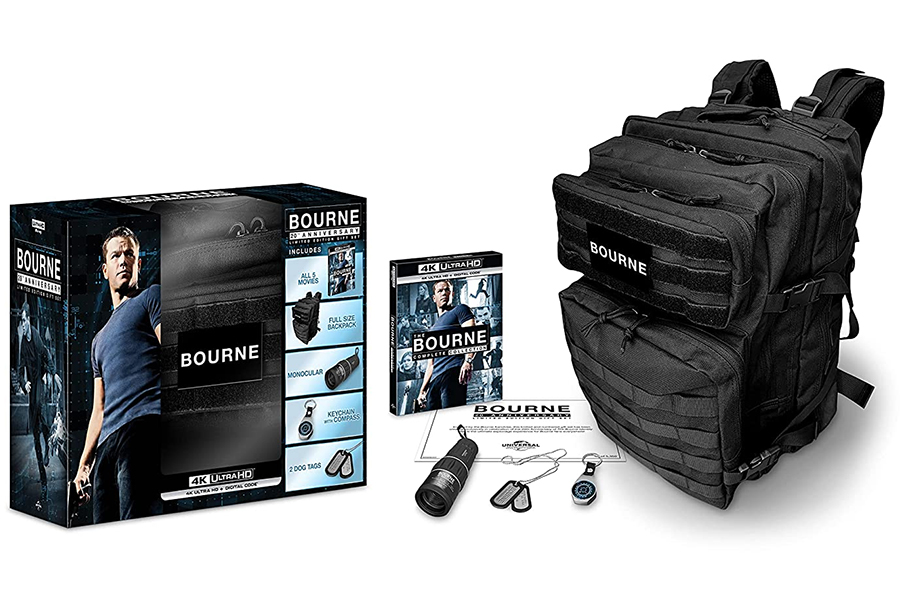 Amazon is celebrating the 20th anniversary of Universal Pictures’ The Bourne Identity with an exclusive gadgets-laden gift set of all five “Bourne” movies on 4K Ultra HD Blu-ray Disc.

In addition to the movies, the set, listed at $129.99, includes a full-size backpack, two dog tags, a compass keychain, a monocular and a certificate of authenticity.

Among other exclusives for the week of Nov. 15, Best Buy is offering an exclusive Steelbook edition of Lionsgate’s Reservoir Dogs 4K Ultra HD Blu-ray combo pack for $21.99.

Target is listing the newly released Blu-ray of the horror prequel Pearl, also from Lionsgate, at $22.99, but discounted the title in its debut week to $14.99. Shoppers could save an additional 15% by using the Target Circle app, brining the price down to $12.74. (Using a Target Redcard to pay would bring the price down another 5%, to $12.10.)

Walmart stores have set up DVD sale displays for Black Friday. The discs are adorned with a color-coded “Promo” sticker to indicate their price, ranging from $3.96 to $12.96.