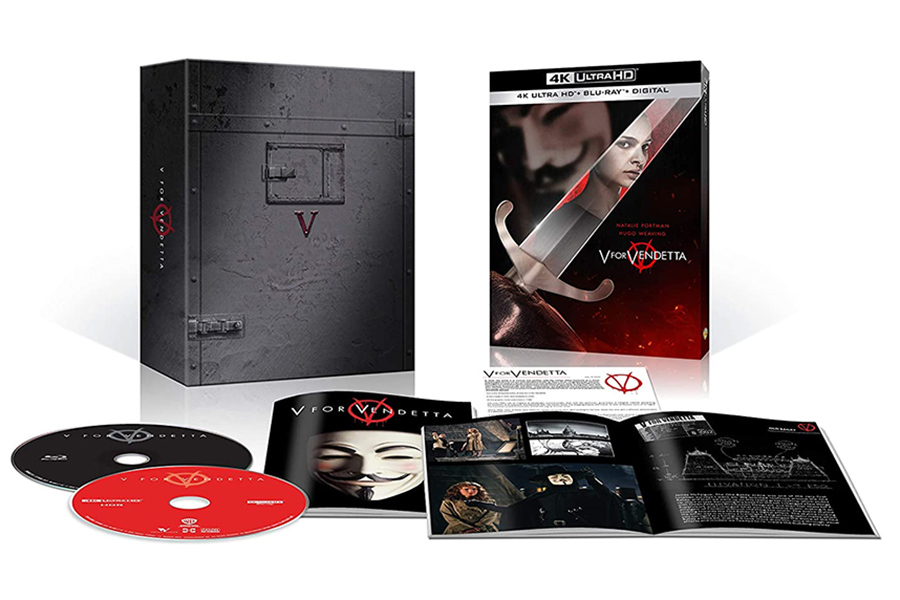 The Nov. 3 release of Warner’s V for Vendetta 4K Ultra HD Blu-ray Disc inspired a couple of retailer exclusives for the week.

While Best Buy offered its usual Steelbook edition, at $29.99, another exclusive came from Amazon, which packed the 2006 political thriller with collectible jail-cell packaging, a 32-page behind-the-scenes booklet and a letter from the director. Amazon’s version was listed at $49.99.

Meanwhile, as the number of notable new releases seems to shrink each week, Best Buy’s list of Steelbook exclusives only seems to grow.

In addition to V for Vendetta, Best Buy also had a deluxe Steelbook set of Warner’s new Game of Thrones: The Complete Collection 4K Ultra HD Blu-ray set, at $239.99.

Also interesting at Best Buy: Many of the chain’s locations have been clearing out their DVD and Blu-ray inventory from the sales floor. A store in Costa Mesa, Calif., had just one long shelf stocked with product, plus a few standalone displays throughout the store, while the empty shelves that once contained movie and TV discs had been rearranged in the middle of the store and roped off.