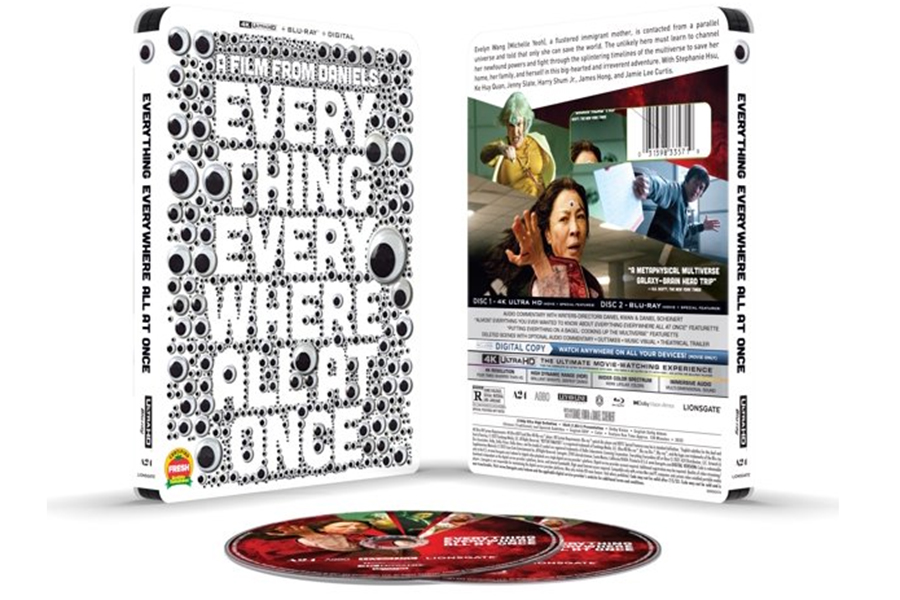 Walmart's 'Everything Everywhere All at Once' 4K box art

A modest slate of new Blu-ray releases July 5 left retailers taking a week off from presenting exclusive promotions for the most part.

One exception came from Walmart, which offered exclusive slipcover box art for Lionsgate’s Everything Everywhere All at Once. The exclusive 4K was offered at $24.96, the same price as the 4K edition with the standard art.