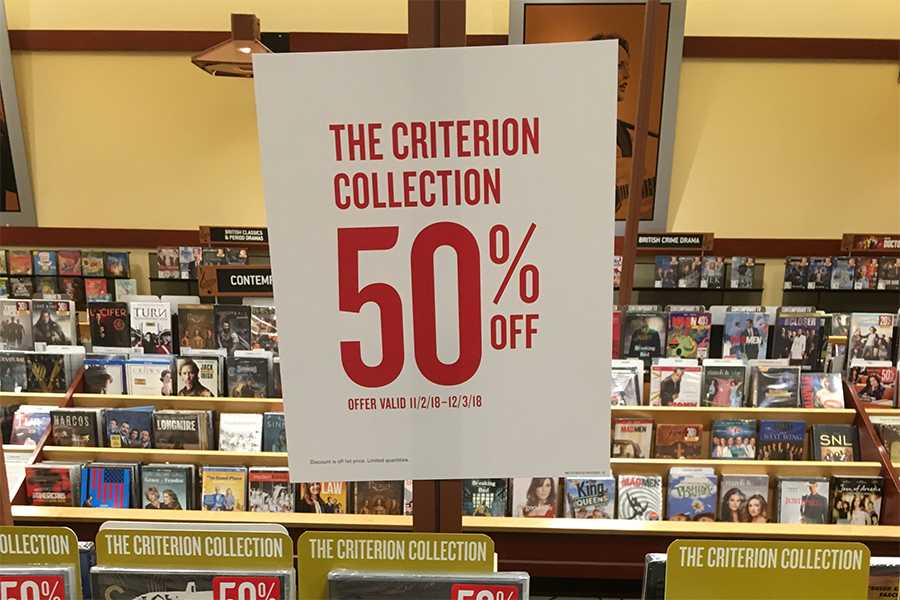 Barnes & Noble is currently running its annual sale on Criterion Collection DVDs and Blu-rays through Dec. 3. Fans can get Criterion titles for 50% off from the bookseller’s movie and music section.

Target also offered an interesting deal for the week of Nov. 27, offering a free $5 gift card with the purchase of both the DVD/Blu-ray and original book for either Warner’s Crazy Rich Asians or HBO’s Sharp Objects.