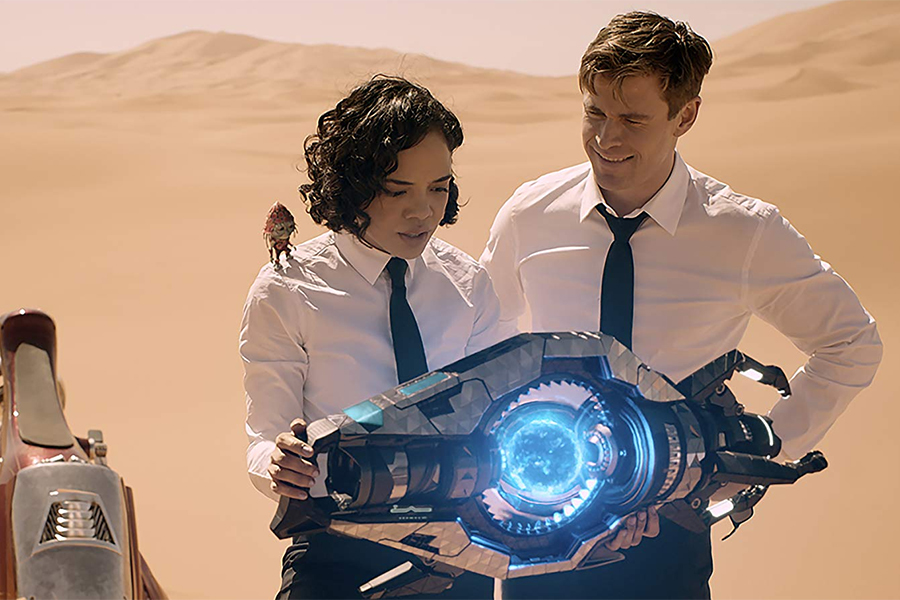 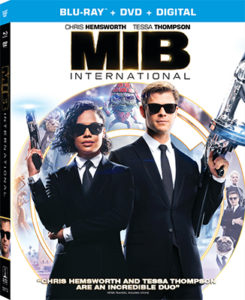 Chris Hemsworth and Tessa Thompson star in the fourth “Men in Black” film as the newest agents to take on an apocalyptic alien threat to Earth.

The film earned $78.6 million at the domestic box office.

The Blu-ray, DVD and digital versions will include a gag reel and several featurettes: “In Case You’ve Been Neuralyzed: MIB Recap,” a look back at the previous films; “New Recruits, Classic Suits,” a profile of the new cast; “Let’s Do This! Inside the Action & Stunts”; “Look Right Here: Gadgets, Weapons & Rides”; “Expanding the Universe of MIB”; “Frank & Pawny’s Peanut Gallery,” in which two supporting characters share their thoughts on key scenes; “Les Twins Leave It on the Floor,” about how dance sensations Les Twins devised their alien moves; and “The MIB Meet the NBA.”

Exclusive extras with the Blu-ray and 4K Blu-ray combo pack include deleted scenes; an “Alien-cestry.com” game to let viewers trace their alien ancestry; and a neuralyzer infomercial called “Neuralyzer: Like It Never Even Happened.”