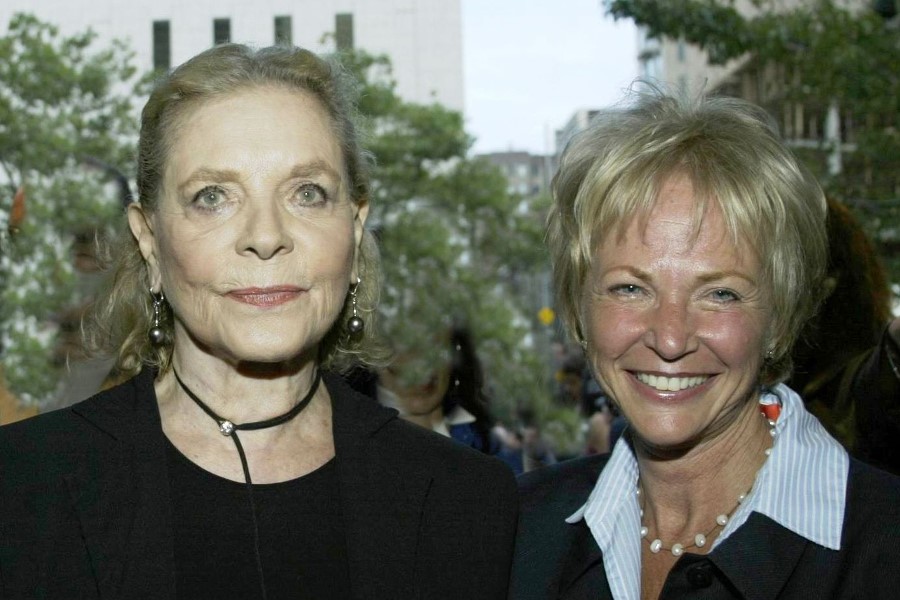 Ronnee Sass with Lauren Bacall in New York in 2003 for the 60th anniversary of Casablanca.