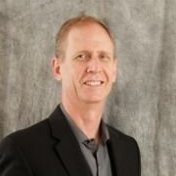 He will oversee the account management team and the strategic sales initiatives for the company and will report to Mill Creek president and CEO Rob Zakheim.

“We are delighted that Pat is joining the Mill Creek team to oversee and drive the sales goals as we continue to expand our presence in the retail and digital entertainment marketplace,” said Zakheim in a statement. “Pat is an accomplished sales executive with proven leadership experience and strong relationships among digital and traditional buyers.”

“I am thrilled to join Mill Creek Entertainment and their tremendously talented team,” said McDonough in a statement. “Mill Creek’s exceptional library of content and devotion to being the dominant player in the value entertainment industry makes for an exciting opportunity to grow market share and identify new sales opportunities.”

McDonough was previously head of digital content licensing for Pure Flix Digital and has held senior sales leadership positions at eOne and Lionsgate.