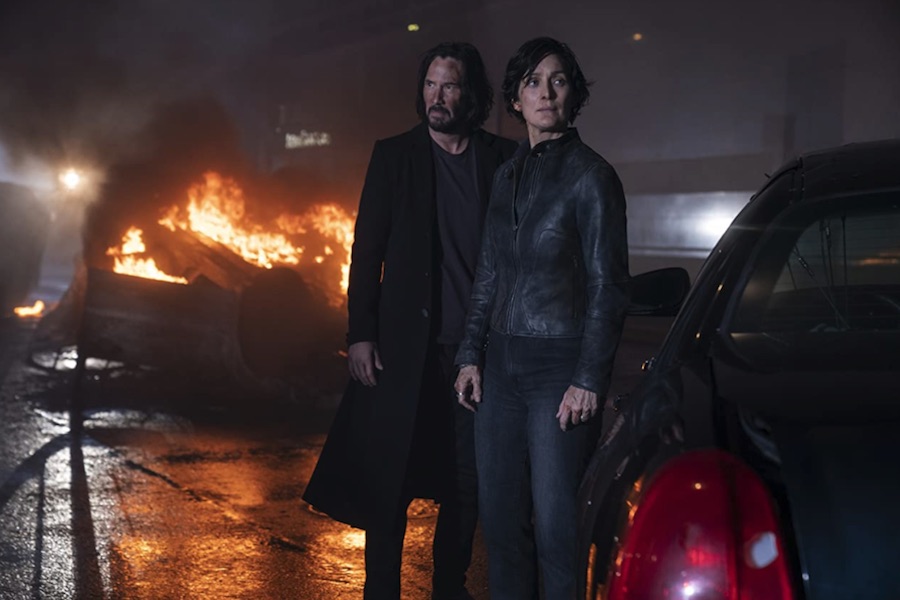 The fourth feature in the “Matrix” series, which started streaming and hit theaters Dec. 22, has Keanu Reeves reprising his role as Neo, a man navigating a digital world and reality.

The fantasy drama “The Witcher,” season two of which debuted on Netflix Dec. 17, is based on the book series and stars Henry Cavill as the witcher Geralt, a mutated monster hunter.

Taking the silver on the streaming movies chart was Netflix’s Don’t Look Up, which began streaming Dec. 24. Starring Leonardo DiCaprio, Jennifer Lawrence and Meryl Streep, the film follows astronomers on a media tour to warn the planet about an approaching comet.

The bronze on the streaming movies chart went to Disney+’s latest animated feature Encanto, available simultaneously in theaters. The film, about an extraordinary family who live hidden in the mountains of Colombia, also started streaming on Christmas Eve.

The Marvel Universe-based series “Hawkeye” fell to No. 2 on the streaming originals chart after several weeks in the top spot. The series, which debuted on Disney+ Nov. 24, follows the exploits of the title Marvel character played by Jeremy Renner as he works with a young avenger (Hailee Steinfeld) who wants to take over his role.

Coming in at No. 3 on the streaming originals chart was “Emily in Paris,” season two of which debuted on Netflix Dec. 22. It stars Lily Collins as an American in Paris.