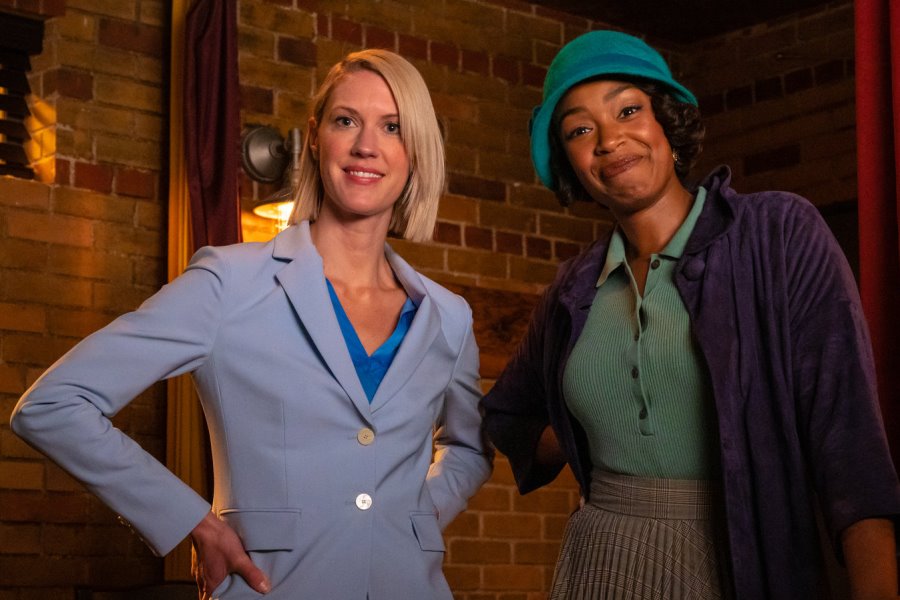 “Masterpiece Mystery!: Guilt,” season four of “Frankie Drake Mysteries” and several documentaries are among the titles coming to DVD in September from PBS Distribution.

The dark comedy series “Masterpiece Mystery! — Guilt” is due in a two-DVD set Sept. 14. In the series, a drunken drive home from a wedding lands two brothers in increasingly hot water, as they commit more and more serious crimes to hide their culpability in a hit-and-run. Mark Bonnar (“Line of Duty,” “Catastrophe,” “Unforgotten”) and Jamie Sives (“Valhalla Rising,” “Mean Machine”) star as the brothers, with Ruth Bradley (“Grabbers,” “Flyboys,” “Pursuit”) as the victim’s niece, who falls for her uncle’s killer.

Season four of “Frankie Drake Mysteries” comes out in a three-DVD set Sept. 7. The season opens with our intrepid detectives Frankie Drake (Lauren Lee Smith) and Trudy Clarke (Chantel Riley) alongside their best gal pals, Mary Shaw (Rebecca Liddiard) and Flo Chakowitz (Sharron Matthews), traipsing through the woods on a scavenger hunt that quickly turns deadly. From the wilderness to the world of high society, from an underground cabaret to a candy factory, Frankie and Trudy investigate murders, kidnappings, heists and poisonings. Using her position as a morality officer, Mary is able to snoop through police files and be privy to non-civilian discussions, while Flo lends a hand with autopsy reports, science experiments and her newly acquired medical skills. As always, amid high-stakes danger, excitement, intrigue and friendship, the women find their balance in their lives outside of work. Frankie has a European race car-driving beau; Trudy’s dreams of home-sweet-home are closer than ever; Mary falls for the wrong fellow; and Flo starts a family.

Also due on DVD in September are the documentaries Exhumed: A History of Zombies on Sept. 14; Downing of a Flag on Sept. 7; Lucy Worsley’s Royal Myths and Secrets, Volume 2 on Sept. 14; and The Mysteries of Mental Illness on Sept. 28.

The self-help title Discovering Your Warrior Spirit with D.J. Vanas comes out on DVD Sept. 14.

Coming for the kids in September are Molly of Denali: Molly and the Great One, due Sept. 14, and PBS Kids: 15 Girl Power Adventures!, available Sept. 7.