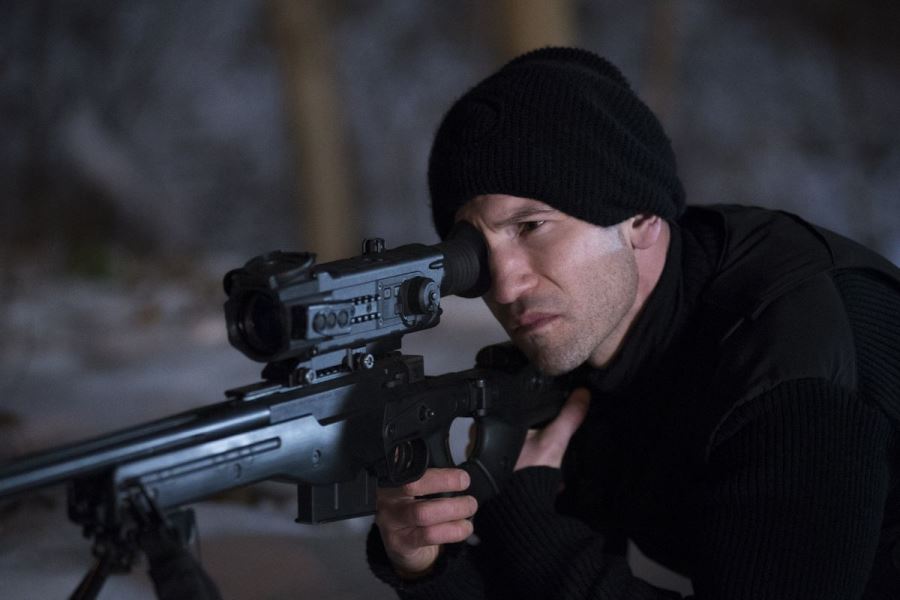 “Marvel’s The Punisher” shot up to No. 1 from No. 8 the prior week with a nearly 56% gain in average daily Demand Expressions, driven by the first full week of availability of season 2.

And “Grace and Frankie,” the comedy series starring Jane Fonda and Lily Tomlin, entered the top 10 at No. 2 from No. 15 the previous week, with an 86% spike in average daily Demand Expressions. Season 5 of the Netflix original, like the second season of “Marvel’s the Punisher,” became available for streaming on Jan. 18.

Demand for the previous week’s two chart-toppers, both from DC Universe, remained relatively flat, keeping both shows in the top five. 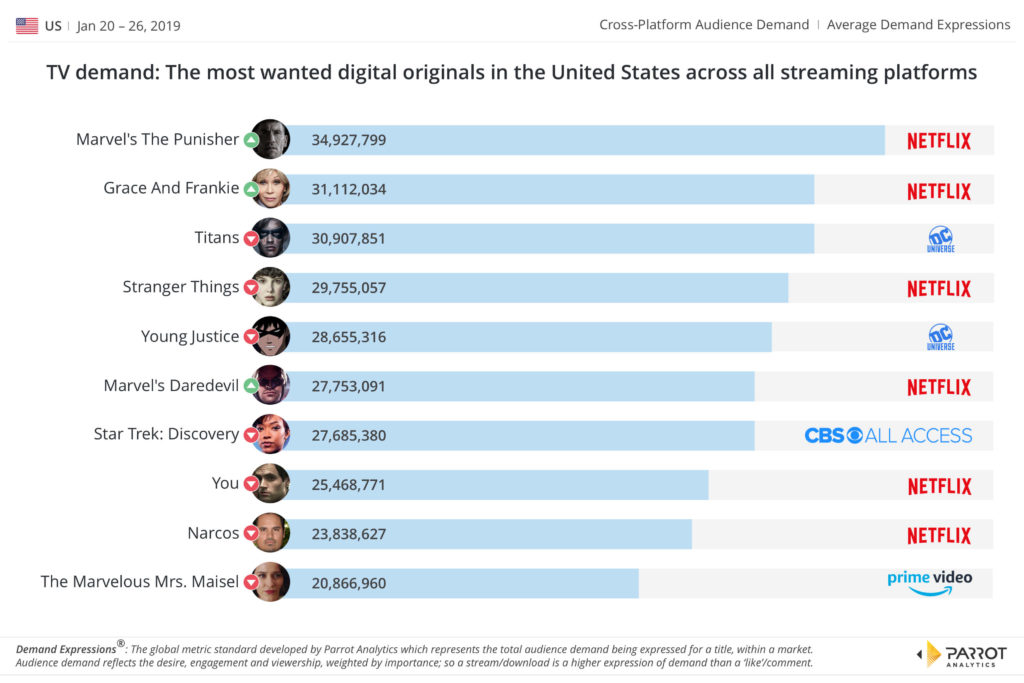